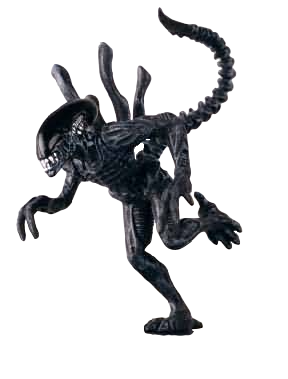 Aliens are the Xenomorphs from the Alien (Franchise), appearing in the AVP crossover set. They are a hostile alien race and are playable characters in Horrorclix.

Tier: 9-B, possibly 9-A, higher with abilities

Durability: At least Wall level, possibly Small Building level (Can take hits from Santa, Reaper of Souls, and other monsters; Comparable to Carnage-Bot)

Note: The Aliens don’t scale to their canon counterparts.