The Alien series is a science fiction horror film series consisting of six installments, focusing on Lieutenant Ellen Ripley and her battles with the Xenomrophs or Aliens. Produced by 20th Century Fox, the series started with Alien (1979), which led to three movie sequels, as well as numerous books, comics and video game spin-offs.

Related to the franchise is the two part Alien vs. Predator series which combines the Aliens with the Predators from the Predator film series. Prometheus, an indirect prequel to Alien released in 2012, is also related.

Alien: Covenant is a prequel to Alien too, and it shows the origin of the Xenomorph.

They have plasma based weapons, faster than light spaceships and orbital nukes capable of razing planets. The Aliens are the main attraction; they are a lot more intelligent and dangerous than your average movie monster as they can reproduce asexually and due to that they can take out all the life on a planet in less than a year or two. 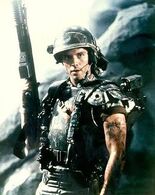 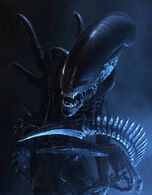 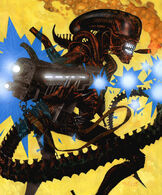