VS Battles Wiki
Register
Don't have an account?
Sign In
Advertisement
in: Tier 9, Tier 9-B, Characters,
and 23 more 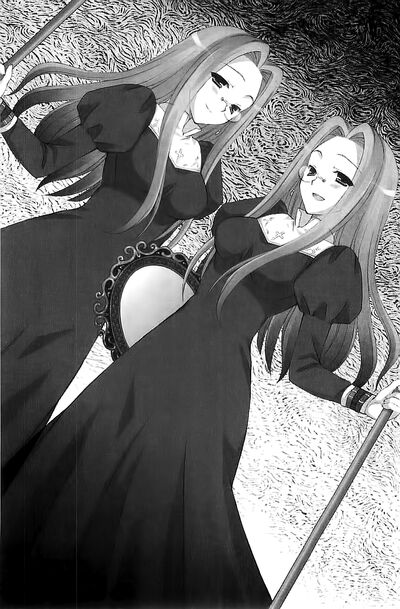 Alice Bivorio Basskreigh is the founder and leader of the Bivorio Family, one of the organizations that deal with Wathes. Like the rest of her group, Alice is a Wathe fanatic. Believing Wathes to be superior transcendental existences, she and her group believe humans must accept Wathes completely, offering themselves up as willing targets for their curses. Initially attempting to force Kuroe Ningyouhara to "join" her family, she changed targets to Fear once she discovered her in Japan.

Stamina: Likely High, should be comparable to Wathes like Fear and Konoha

Intelligence: Above average, expert fighter and leader of one of the four major organizations dealing with Wathes. Directed her followers in a series of coordinated attacks against the Lab Chief's Nation

Cannibal Cooker: A Wathe that resembles a hybrid between a spear and a massive hammer. On the tip of the massive block of metal, there is an acute and heavy blade resembling a butcher's cleaver. Discovered in America during the first half of the twentieth century in the home of a bizarre serial killer, it is believed to be the tool he made to prepare and cook humans. Passing through the hands of various American serial killers and cannibals, it eventually became a cursed tool. Cannibal Cooker's power allows it to remembers all past actions undertaken. Consequently, it can relive those series of movements any time it wants and faithfully reproduce the motions for chopping up and smashing a human body. Its curse compels the owner to kill and eat people.

Suicidal Beautification Reflector: A Wathe in the shape of an antique mirror which was cursed by a suicidal girl that cursed her inability to become beautiful. Its curse compels the user to occasionally slit their wrists.

Senses: Alice is very sensitive to the presence of others nearby, even while asleep.