VS Battles Wiki
Register
Don't have an account?
Sign In
Advertisement
in: Tier 6, Tier High 6-A, Tier 5,
and 74 more 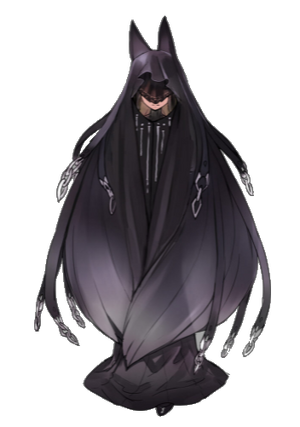 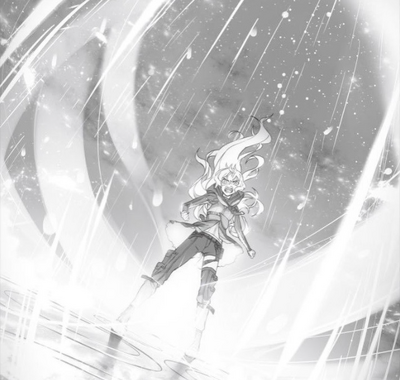 Alice is the owner of the miscellaneous store that Kaito often goes to. She is also one of the Six Kings who govern the Demon Realm.

Origin: I Was Caught up in a Hero Summoning, but That World Is at Peace

Superhuman Physical Characteristics, Extrasensory Perception (Can sense magic power[1]. Can scan her surroundings to detect the biological signs of people[2]), Shapeshifting (Can change her appearance[3]), Explosion Manipulation (Can make explosions with her stuffed costumes[4]), Mind Manipulation (Killing people’s minds is her specialty[5]), Sleep Manipulation, Dream Manipulation (Can force people to sleep and show them nightmares[6]), Illusion Creation (Can create illusions[7]), Self-Sustenance (Types 2, and 3; Doesn't need to eat nor sleep[8]), Healing (Can heal others[9]), Plant Manipulation (Can create trees), Statistics Amplification (Can turn the strength of the heart into a weapon to increase her strength. Can increase her speed and strength with every swing of her weapon), Deconstruction (High Rank Demons such as the Six Kings instantly break down anything they eat on a molecular level[10]), Stealth Mastery (Can hide her presence[4]), Fate Manipulation (Can change fate itself[11]), Enhanced Senses (Can detect people hidden with Recognition Inhibition Magic[12]. Can easily see distances that a normal person even with binoculars wouldn't be able to see[2]), Causality Manipulation (The Six Kings can interfere with the law of cause and effect[13]. This is to the extent that they can resurrect themselves by twisting causality[14], meanwhile other people are only able to do limited interference with the law of cause and effect such as Raz, who can manipulate causality to make her attacks always hit[13], and Funf who can twist causality to always block her opponents attacks[15]), Immortality (Types 1, 3 and 4; Alice doesn't age[8], and beings on the level of the 6 Kings can regenerate from nothing, and also resurrect themselves by twisting causality), Duplication (Can create 100,000 clones[16]), Transformation (Can transform into people she has bonds with, and use their abilities[17]), Precognition (Has the keen ability to perceive and respond to a crisis [17]), Information Manipulation (The Six Kings can prevent any information about them from being given[18]), Weapon Mastery (Alice has unbelievable combat prowess, even to Sieglinde, who had a large amount of experience as a warrior), Dimensional Travel (Can travel to other dimensions[19]), Space-Time Manipulation (Can use space-time magic such as making her workshop larger on the inside than it appears from the outside[20]), Aura (The magic power of the Six Kings can cause people to feel fear), Dimensional Storage (Has a magic box to store items[21]), Empathic Manipulation (Has the ability to temporarily use the ability of the people she has weaved a bond with, those she care about, and also those cares about her[22]), Platform Creation (Can create magical footholds in the air[23]), Earth Manipulation (Can use earth magic to create golems[24]), Darkness Manipulation (Can control shadows[4]), Cloth Manipulation (High Ranking Demons materialize their magic power to make clothes[25]) Empowerment (A heart tool is a weapon from one's heart itself, as such with explosive emotions, the heart toll responds, making the user stronger than they were before[26]) Surface Scaling (Can walk up surfaces[27]), Information Analysis (Has innate insight to understand the quality, density and control of magic power of her opponent[28]), Telepathy (Can see into others memories[29]), Power Mimicry (Hekatonkheires that lets her use the abilities of people she has a bond with), Telekinesis (Locked a door without touching it[30]. Leon's ability lets her crush whatever she sees at the same exact time), Probability Manipulation (Can manipulate probability so she can avoid things, even if she only has a 1% chance of evading them[31]), Teleportation (The Six Kings can teleport), Regeneration (Low-Godly; The Supreme Gods, 6 Kings and beings on their level are immortal, even if their bodies are reduced to nothing they can resurrect themselves by twisting causality or regenerate[14]), Instinctive Reaction (Can react faster than she can think[28]), Forcefield Creation (Can create barriers[32]), Magic, Attack Reflection (Can reflect abilities used against her[33]), Thread Manipulation (Can create magical threads[33]), Durability Negation (Battles on the level of the 6 Kings and Supreme Gods involves nullifying each others regeneration and piecing defenses[14]), Regeneration Negation (Mid-Godly; Eden couldn't regenerate from the wound Alice inflicted on her[31]), Genius Intelligence, Sealing (Can seal immortal beings[34]), Power Bestowal (Has impersonated Gods in the past, and granted humans blessings), Sound Manipulation (Can make her voice louder with magic[15]), Multiple Selves (Types 1, 2 and 3; Alice a long time ago took in her friends soul into her body[35]. Said friend now can talk in Alice's mind, and also leave and return to her body[36]), Restricted-Flight (Alice can levitate[37], and can run on the air itself), Memory Manipulation (Erased all memories of her ever been on a ship[2]), Water Walking (Can run across the ocean[2]), Hacking (Has super advanced hacking techniques[38]), Light Manipulation (Can shoot light at her target[2]), Perception Manipulation (Can block people from recognizing what's happening in front of them[39]), Statistics Amplification (Can use magic to boost her speed[4])

All previous abilities plus Resurrection (Can resurrect people she has a bond with and power them up[43]), Reactive Evolution (Ultimate Battle Form lets her grow infinitely, becoming a version of herself that can win against her opponent[43])

All previous abilities plus Void Manipulation Law Manipulation, and Conceptual Manipulation (Type 1; Can wield Kuro's power, which is nothingness itself. Like Shiro, Kuro is a World Creator, there is a clear difference in rank between a world's creator and their creations[44]. [45] are merely reproductions of Shiro's power, who is the God that created the world itself[45] Merely taking in a part of that power, which specifically related to fate, was enough for the God of Fate to transcend time and space itself[44]), Clairvoyance (Used her clairvoyance to find out Eden's true identity[46]), Resistance to Time Stop (Can move in Chronois's time stop[43]), Sealing, Spatial Manipulation, Law Manipulation, and Conceptual Manipulation (Type 1; Broke out of Chronois spatial seal, which Chronois performed using Shiro's power[44])

All previous abilities plus Hair Manipulation (Can change the length of her hair[47]), Subjective Reality (Her dagger given to her by Makina, possess all the abilities she can imagine a weapon's ability[48]), Enhanced Reality Warping (Gods of Creation can overwrite reality[49]), Higher-Dimensional Existence, Immortality (Type 5; All Gods on her level have all transcended time, space, and life[44]), Enhanced Causality Manipulation (All Gods on her level have transcended time and space, and can alter the past itself[50]), Enhanced Enhanced Senses (Gods can sense reality, the past, and future being interfered with[49]), Power Nullification (Forcibly cancelled Cien's detection magic[51])

Intelligence: Extraordinary Genius (Alice has unbelievable combat prowess, even to Sieglinde, who had a large amount of experience as a warrior. She made everything in her shop which consists of shoes, clothes, accessories, weapons, and magic tools[61]. She is capable of doing most things, such as composing music on the spot, and using all instruments[62]. Said to have mastered everything that exists[19], figured out how to travel to other dimensions[19], and mastered every field of technology in a technologically advanced world[63]. Instantly figured out new abilities used against her, and her opponents fighting styles[33]. Created a virtual world[64], and made a name for herself in over 1000 different fields[65]. She has the greatest mind in all the 3 Realms, and can easily remember the vast information of the world and make use of it[66], such as memorizing all the buildings in the world and their structural blind spots[37]. She can even predict the movement patterns of others, years in advance[66], and her brain has been compared to a supercomputer[67]. Created Phenix based on the concept of immortality, who will resurrect no matter how many times she is killed[68]. Solved a 100 digit cipher in an instant, while coming up with 480,000 different solutions[69]. Alice considers all possibilities in everything she does, including the possibilities others deem improbable, even if they are less than several decimals below zero, and her thinking ability is in the realm of precognition[70])