VS Battles Wiki
Register
Don't have an account?
Sign In
Advertisement
in: Tier 5, Tier 5-B, Tier 4,
and 46 more 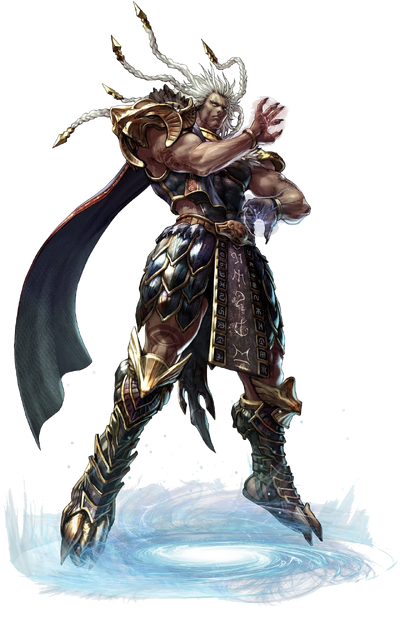 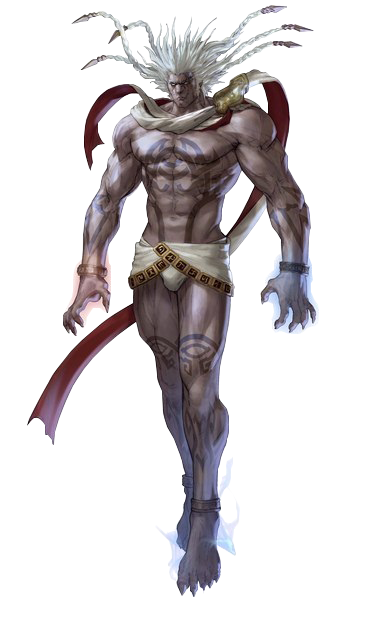 Algol, also known as "The Hero King," was able to obtain Soul Edge, and with his indomitable will, he resisted the sword's control. According to the legend, he used the sword to spread peace among the lands, building the Tower of Glory as a monument to his reign. His son, Arcturus, jealous of his father's power and unaware of the sword's malevolent properties, stole Soul Edge for himself and was possessed. Faced with no other choice, Algol battled and defeated his son with a fatal strike.

Deeply remorseful after his son's death, Algol endeavored to create a sword to counter the evil within Soul Edge. The legend says that, using purified shards obtained from the battle with his son and the assistance of various sages, Algol was able to create Soul Calibur after many failed attempts and the sacrifice of his own life. However, the "successful" ritual produced unexpected results: the blade created was extremely similar in nature to Soul Edge due to the restlessness in Algol's soul.

What lies in his soul is Absolution.

Age: Unknown, hails from "an age found only in myth", and predates recorded history

Powers and Abilities: Superhuman Physical Characteristics, Regeneration (Low-Godly. Exists as a half soul as the other half was used to create Soul Calibur. Can simply will himself another body as long as his consciousness exists), Body Control, Energy Manipulation, Flight, Creation, Summoning (Can summon his throne out of thin air to crush his opponents), Extrasensory Perception, Enhanced Senses, Soul Manipulation (Soul Edge can rob the souls of entire armies at once. Deals Soul Damage with each of attacks, stealing the soul of his opponent slowly during combat), Fire Manipulation, Hellfire Manipulation, Ice Manipulation, Mind Manipulation, Weapon Mastery, Electricity Manipulation, Creation (Created a mimic of Soul Edge as well as Astral Chaos), Dark Magic, Immortality (Types 1 and 3), Teleportation, Dimensional BFR (Can send others to Astral Chaos. All Souls taken by Soul Edge are sent to Astral Chaos. Astral Chaos warps and corrupts all who enter, mind, body and soul, eventually driving them mad and turning them into a form of Malfested), Duplication, Light Manipulation, Reality Warping (Within Astral Chaos. "Algol possess supreme reality warping abilities, shown by how he created the Tower of Glory with a simple thought. Due to having mastered the chaotic energy of Astral Chaos (which is the purest form of power), Algol is a god who creates life and entire worlds on a whim"), Spatial Manipulation (Soul Edge can cut through dimensions), Necromancy, Madness Manipulation (Type 2. Simply being in contact with Soul Edge's power is enough to drive one into madness. Can corrupt entire areas making it so that anyone who enters the area will be driven mad), Illusion Creation, Curse Manipulation, Corruption (Can turn those who come into contact with it into mindless Monsters, Vampires, Malfested, etc. Even sustaining injuries from him or any wielder of Soul Edge is enough to drive one insane as shown with Raphael whose body became corrupted by his wounds. Coming into contact with a malfested's blood can in fact infect another as shown when Amy became malfested by treating Raphael's wounds. Can bring forth Astral Chaos into the world in order to corrupt the entire world), Sealing (Soul Calibur can seal people away by crystallizing them), Purification (Type 2; Soul Calibur can purify evil), Resurrection (With the power of Soul Edge and Soul Calibur combined, Algol can fully resurrect himself. Soul Calibur is noted to have powers of resurrection as it had resurrected Siegfried from the dead after he died in his battle with Nightmare after the defeat of Abyss by responding to his immense willpower), Resistance to Mind Manipulation, Madness Manipulation (Type 3), Possession, Corruption (Completely immune to Soul Edge's mental and corruption abilities) and Blood Manipulation (All of his blood has been replaced with energy)

Attack Potency: At least Planet level (Holds full control over Astral Chaos and all the souls inside. Those who are able to master Astral Chaos's raw energy are powerful enough to casually create entire planets), possibly Multi-Solar System level (Astral Chaos contains fragments of the human world, and possibly gas giants such as Jupiter as well as appearing to have stars and even a possible Homunculus Nebula, requiring this much energy), Can ignore conventional durability with Soul Edge

Speed: Subsonic with at least Supersonic+ reactions and combat speed via power-scaling (Far above characters like Ivy and Mitsurugi)

Standard Equipment: Assimilated Soul Edge and Soul Calibur, can turn any part of his body into various weapons, his large stone throne which can teleport and fly

Intelligence: Gifted; has millennia worth of battle experience and living through major historic events