VS Battles Wiki
Register
Don't have an account?
Sign In
Advertisement
in: Tier 9, Tier 9-B, Tier 8,
and 33 more 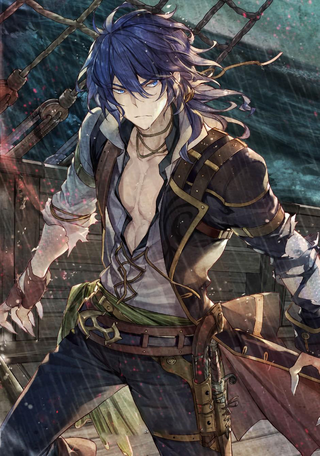 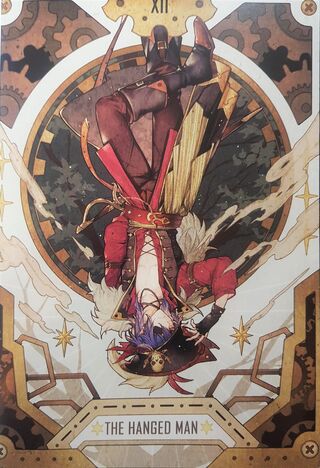 Alger Wilson is a calm and level-headed man who has the patience and courage to take risks that will benefit him but at the same time, he also has a heart that will help others. He is the Captain of Blue Avengers and was once a member of the Church of the Lord of Storms and now is one of the first members of the Tarot Club and the Pope of the Church of the Sea God.

He is a Beyonder of the Tyrant Pathway.

Origin: Lord of the Mysteries

Powers and Abilities: Superhuman Physical Characteristics, Enhanced Senses (As a Beyonder her senses are enhanced), Extrasensory Perception (Can view the world from even more angles and dimensions; Can see spirits and ghosts), limited Abstract Existence (Type 1 as Demigods embodies the Concept of Madness, Strength, Change and their Pathway. As Demigods aren't yet full Mythical Creatures they only represent half of them. He likely also embodies Catactlysms) Non-Physical Interaction (Can interact with spirits, ghosts and other hidden beings), Flight (As an Ocean Songster, he can fly), Damage Reduction (A Sailor has illusory scales under the skin that greatly reduce the damage taken), Water Manipulation (As a Beyonder of the Sailor Pathway; His roar can cause the Ocean to create ferocious waves that can lift boats), Air Manipulation (Alger can produce powerful swirling wind around him, using it as a powerful cutting weapon; Can use air cushions to reduce damage taken), limited Lightning Manipulation (As an Ocean Songster, he gained superficial control of lightning but can strike his target with Lightning Bolts by singing), Sound Manipulation (Can use singing to affect targets such as: disrupt an enemy's Spirit Body, causing him to turn adrift and fall into a daze; Raise one's explosive strength; Simulate thunderous boom to leave others in awe; Use chaotic and unpleasant singing to leave the enemy frustrated, causing them to lose their rationality), Earth Manipulation (Can create earthquakes), Lava Manipulation (Can make the ground to spew lava), Weather Manipulation (As a Cataclysmic Interrer, he can create calamities such as hurricanes, torrential rains, lightning calamities and more), Statistics Amplification (Via Singing can increase one's strength and speed), Mind Manipulation (Via Singing), Animal Manipulation (Can control mundane and supernatural sea creatures via the Sea God Scepter), Poison Manipulation (Via Blade of Poison), Paralysis Inducement (Via Gargoyle Glasses), Healing (Via Green Essence Ring), Empowerment (His powers/statistics are increased on Sea), Forcefield Creation (Can create barriers made of seawater and electricity), Transformation (Via Mythical Creature Form), Mythical Form (In Mythical form he passively will Corrupt all types, Induce Madness and attack the Mind just by seeing his appearance or hearing him), Resistance to: Madness Manipulation and Corruption (All types as Beyonders gain resistance to such effects as their Sequence increases but also expose them to more things that shouldn't be seen or heard), Soul Manipulation (A Beyonder experienced a qualitative change when becoming a Demigod making their souls more powerful), Poison Manipulation and Disease Manipulation (Poisons and diseases barely work on low and mid level Sequence Beyonders if they aren't imbued with spirituality and as they get closer to Divinity, their resistance increases too)

Attack Potency: Wall level physically (Can easily break a wood wall with a person), varies from Building level to Large Town level and possibly higher with Cataclysmic Phenomena (As he can create any phenomenon that can be classified as cataclysmic such as lightning bolts, tornadoes, tsunamis, hurricanes, earthquakes, volcanic eruptions, storms, and more). Higher in Mythical Creature Form (As his size increase massively in this form and all his parameters are boosted)

Speed: At least Athletic Human, possible Superhuman (Is faster than any human, no matter their prowess as he's no longer just a Beyonder, but a Half-God, a Mythical Creature in human shape), with Massively Hypersonic+ reaction and attack speed (Demigods can fight, dodge and react to lighting bolts from the sky and with Beyonders who attack with such means. Can summon lightning bolts from the sky)

Stamina: High (As a Beyonder, his statistics are enhanced)

Standard Equipment: Dagger, Gargoyle Glasses (A Sealed Artifact that once worn will make all those who meet their sight-lines with the user to turn numb as they are being petrified. At the same time the downside is that if the user looks in a mirror, he will turn numb too. The second negative effect is that the user body will turn heavy), Blade of Poison (A short knife that induces poison effects, each slash will be a random poison. The negative effect is that it will cause medical treatment to fail and the feeling of being drunk to accumulate within the wielder), Green Essence Ring (A mystic item that has great restorative spells), Sea God Scepter (Gifted the Concept of the Scepter by Klein)

Intelligence: Genius. As a Seafarer Beyonder, he is a scholar of astronomy and geography. He has an intuitive grasp of magnetic fields, ocean currents, wind direction, and clouds. A boat with a Seafarer onboard will never get lost at sea. Has a vast knowledge of information, being one of the most experienced members of the Tarot Club.

Feats: He can put layers and layers of protections upon himself but the method is unknown.

As a Beyonder of the Sailor Pathway, he gains the next abilities:

Deep Dive: He is beloved by the oceans and gains enhancements in every aspect at sea. He can act freely underwater for more than half an hour.

Water Control: He can cast a limited number of water-related spells. Some are a result of his own capabilities and some are a bestowment from the Lord of Storms.

As an Ocean Songster, he can also sing to interfere with their opponents' power. Because this also occurs at the spiritual level, even a deaf person would suffer some effects from it, making it difficult to defend against. This can produce a variety of different effects.

Sea God Scepter: It's a Sealed Artifact of Grade 1 and has the form of a scepter and gives a variety of abilities but also has three negative effects: First, it made the wielder irritable, making them prone to anger and turning rash as a result. Second, it periodically froze all thoughts of biological creatures in a certain range before draining their blood, including the wielder’s while the range is from 600 meters to 1 kilometer and the period was 20 minutes to 35 minutes. Third, it would gather and display the prayers of worshipers, both audio and visual. This very easily caused a non-demigod wielder, who had a lacking spirit, to break down and lose control. Kleins negates all these effects by using it from the Sefirah Castle.

Mythical Creature Form: Every demigod, including saints and angels, have their own mythical state. This is a nonhuman form which is a potpourri of complex knowledge, godhood characteristics, and secret symbols. Ordinary people will suffer tremendous damage from a simple glance, to the point of losing their minds. And as the demigod grows in strength, the damage only grows more potent and irresistible. Therefore, creatures at this level have to constantly control themselves to not expose this form, or just from their very existence alone, it can bring about a catastrophe to their surroundings. The form it took is that of a sea creature with tentacles that surrounded by lightning.