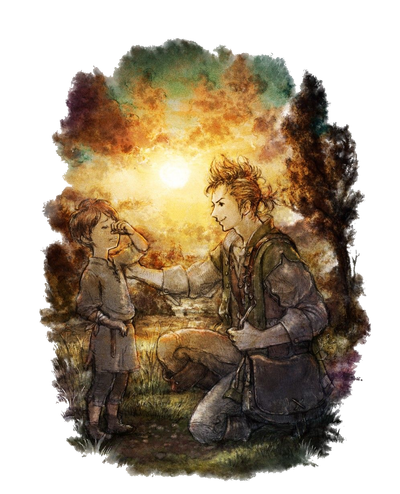 Alfyn Greengrass is one of the eight protagonists of Octopath Traveler. He is an apothecary who sets off on a journey to help people around the world. Throughout his journey, he comes across numerous trials and finds his morals tested. This includes dealing with the fake doctor Vanessa, the difficult decision on what to due with the infamous patient Miguel, or the decision about his new friend Ogen. Ogen is an older Apothecary who has once committed a crime and thus does not want to be saved, but Alfyn gave him another reason to live on. He is later revealed to be one of the right chosen ones by the twelve gods to fight against the Fallen One.

Attack Potency: At least Multi-Continent level (Capable of harming Galdera alongside the party)

Speed: At least Subsonic (Superior to Heathcote who consistently moves faster than the eye can see, can dodge arrows regularly)

Durability: At least Multi-Continent level (Can take hits from Galdera, and is one of the most durable party members)

Intelligence: Genius. Alfyn is a natural prodigy when it comes to the art of medicines and craftsmanship. He can recognize the molecules of a product just by looking at it as well as finding the strengths and weaknesses of a chemical. Such as when he noticed Vanessa's medicine was a fake and was actually a poison just by looking at it. He is also a skilled fighter as he was able to defeat the infamous bandit Miguel in a one on one confrontation; Miguel was known for slaughtering entire armies on his own.

Weaknesses: Is rather naive with the outside world at first glance. His indiscriminate nature and generosity has been known to be taken advantage off such as the likes of Miguel; who has lied to Alfyn to receive free medical treatment he never deserved. Has a great but limited supply of energy for special attacks. He also has a limited supply of ingredients for his concoctions.

Note 1: For the secondary jobs key, Alfyn does not have all his abilities and may only select one at a time. For example, giving him the Warmaster as a secondary job will enable him to use all 8 Apothecary Skills and all 8 Warmaster skills, and none of the other attacks. For Vs threads, OP should specify which secondary job he's using.

Note 2: Alfyn also does not have all support skills and is limited to 4 of them, OP should specify but Standard Battle Assumptions if not specified should give him the 4 Apothecary Support abilities.

Key: Base | With Secondary Jobs