VS Battles Wiki
Register
Don't have an account?
Sign In
Advertisement
in: Tier 9, Tier 9-A, Characters,
and 17 more

Alfred (Ritual of the Night) 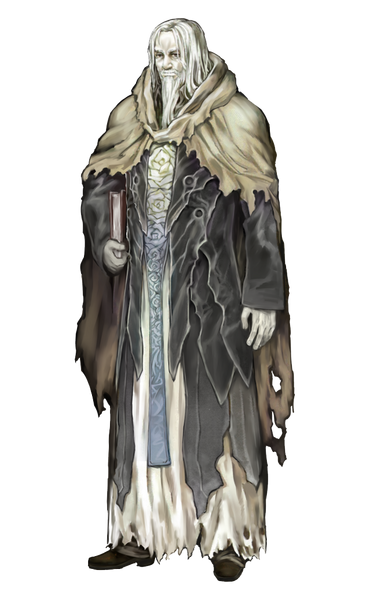 Alfred was part of the the Alchemist Guild and was like a father figure to Gebel and Miriam. He helped the guild with reversing the scriptures in the Liber Logaeth in order to summon a horde of demons, but in the meantime he was devising a time slowing spell in order to stop the shard corruption of spreading. He succeeded in this and managed to save Miriam by putting her by using his time spell in a suspended slumber. He somehow survived Gebel's slaughter after the Guild summoned the demon invasion.

With the rising of the Hellhold and the demons' second invasion led by Gebel, ten years later, Alfred chased him with the intent of getting the Liber Logaeth back. Unfortunately he failed in his mission and died, but not before he inscribed enochian scriptures all over the castle which Johannes used to destroy it once and for all.

Origin: Bloodstained: Ritual of the Night

Speed: At least Sub Relativistic+ Reactions and Combat Speed (Managed to keep up with Miriam in their fight)

Intelligence: Genius (One of the best of the Alchemists, that require a lot of knowledge and mastery of the arcane arts. Helped reverse the scriptures of the extremely complex Liber Logaeth, which took decades, in order to summon a horde of demons in the human realm. Created a time slowing spell that put Miriam in stasis for 10 years and found a way to stop the Shardbinder's crystal corruption spread)