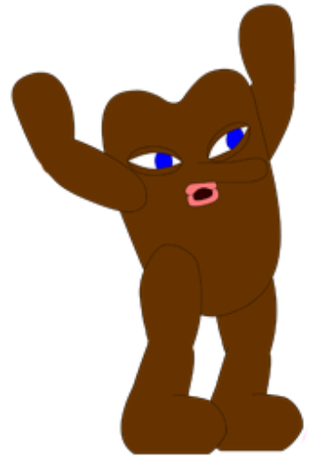 Alfe is one of the three main protagonists in Problem Solverz. When Horace found him in the sewers as a baby, he and Roba raised him to his current state. Despite his naiveté and obsession over food often stalling the progression of his cohorts, he is almost always the one who saves the day.

Age: Unknown, likely in his 20s

Attack Potency: At least Small Building level (Did major damage to a house while casually roughhousing with Ralphe, shook an entire building by rampaging about on one of the higher floors, can damage Roba)

Speed: Likely Supersonic (Can dodge lasers underwater, also dodged cupcakes that were sped up by the Magic Clock, should be comparable to Horace)

Intelligence: Usually depicted as rather low, but has the occasional showing of intelligence, like when he assisted in solving the case of Tony Marv's photo leaks