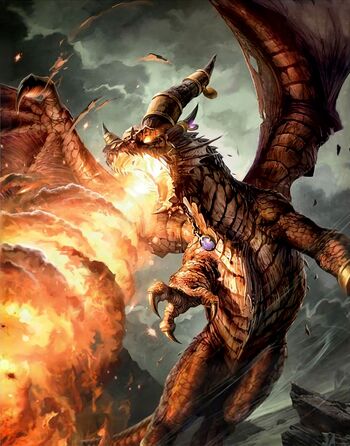 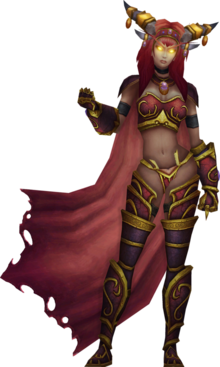 Alexstrasza, known as the Life-Binder, is the current Dragon Aspect of Life and the leader of the red dragonflight. She was one of the five leader proto-dragons recruited by Tyr within the war against Galakarond, and upon victory, was granted Eonar’s powers of life by Freya. Her role would be to sustain life throughout Azeroth and preserve the well-being of nature.

Powers and Abilities: Superhuman Physical Characteristics, Magic, Flight, Enhanced Senses, Extrasensory Perception, Large Size, Fire Manipulation, Non-Physical Interaction, Fire Breath, Social Influencing (Empowered by Freya with Eonar's power to possesses authority over all dragonkind), Life Manipulation, Biological Manipulation (Responsible for the growth of Nordrassil), Power Bestowal (Infused Nordrassil with renewed strength and vitality). Resistance to Disease Manipulation (Can utilize an enchantment that had granted night elves immunity to disease) and Death Manipulation (Eliminated the lethal green fog with a breath of fire, which was capable of instantly killing both the alive and undead upon contact, thus expressing a resistance to it)

Attack Potency: Large Country level (Was among the five leading forces within the war against Galakrond and played a partial role in its defeat. Comparable to the other Dragon Aspects, including Neltharion. Clashed with and severely wounded Deathwing).

Durability: Large Country level (Survived major attacks from both Galakrond and Deathwing. Comparable to the other Dragon Aspects).

Stamina: Extremely High. Sustained years of torture and detainment while imprisoned by Deathwing.

Range: Kilometers. Comparable to the other Dragon Aspects. 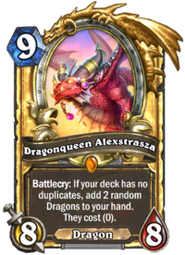 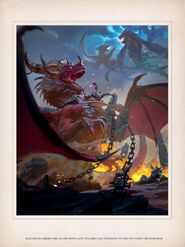 Retrieved from "https://vsbattles.fandom.com/wiki/Alexstrasza?oldid=6560093"
Community content is available under CC-BY-SA unless otherwise noted.