VS Battles Wiki
Register
Don't have an account?
Sign In
Advertisement
in: Characters, Blood+, Manga Characters,
and 27 more 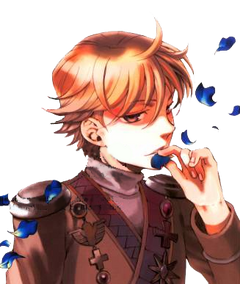 Alexei is one of Diva's chevaliers who appear only in the manga. The character is based on the historical figure Alexei Nikolaevich of the House of Romanov, the youngest child and the only son of Tsar Nicholas II and Tsarina Alexandra. He was the heir to the throne of the Russian Empire.

Powers and Abilities: None | Superhuman Physical Characteristics, Vampire Physiology, Immortality (Type 1 & 3), Regeneration (Low-Mid, likely Mid; can survive being shot in the head), Enhanced Senses (Can sense the presence of other chiropterans), Blood Consumption (can drain blood from others via his teeth and power boost from feeding on blood), Shapeshifting, Flight, Pain Suppression, Poison Immunity, Transformation, Limb Reattachment, Possesses a telepathic connection to chiropterans

Lifting Strength: Below Average (Had a weak physique that made him unable to leave out of the castle) | Unknown

Durability: Below Average Human level (Had always ended up hurting himself while trying to copy her his sister's actions) | Possibly City Block level

Intelligence: Average for a kid

Weaknesses: Suffers from hemophilia | Saya's blood, complete removal and destruction of the heart, decapitation and complete incineration of the body, without blood his capabilities are greatly diminished