VS Battles Wiki
Register
Don't have an account?
Sign In
Advertisement
in: Tier 7, Tier High 7-C, Characters,
and 30 more 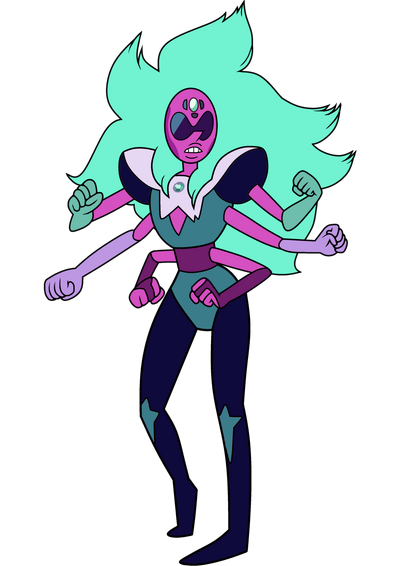 As shown in "Super Watermelon Island", she is able to keep herself together when in serious situations. She was shown to be a ferocious fighter, roaring in a bestial-like manner before charging at her enemy. However, she offered to settle things peacefully before the battle, reminding her enemy that they don't have to fight.

Standard Equipment: Gauntlets, Spear, Whip, Flail, Hammer, Bow (With exclusive arrow, shown to be stronger than any of Opals), Unrevealed fusion of all the gems weapons

Weaknesses: Sufficient damage to her physical form can revert her back to her vulnerable gem form, which can be broken and destroyed, Sufficient conflict between gems can destabilize the fusion, Alexandrite is the hardest fusion to maintain, due to using all the Crystal Gems (minus Steven) to fuse, although if all three of the gems have a common goal, she is a lot easier to contain and keep together as shown in her fight with Malachite