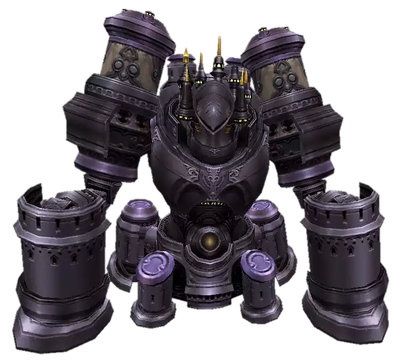 Alexander is an avatar in Final Fantasy XI who is fought on two occasions. The first is as the final boss of Treasures of Aht Urhgan expansion in Final Fantasy XI and the second as a boss in the quests "Waking the Colossus" and "Divine Interference". He is fought in the second half of the mission battlefield Nashmeira's Plea. The avatar Alexander possesses the new Iron Colossus that was constructed to house it and attempts to reenact Ragnarok.

Only after defeating Raubahn and Razfahd in the first half of the battlefield will players face off against Alexander.

Note: The attacks in this profile are based on game mechanics.