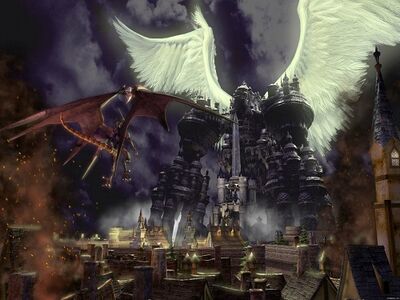 Speed: Relativistic+ (Superior to Bahamut; His Divine Judgement should be superior in speed to anything the Ark can produce, given Alexander is the superior Eidolon)

Range: Tens of meters. Planetary with energy blasts via power-scaling.