VS Battles Wiki
Register
Don't have an account?
Sign In
Advertisement
in: Tier 9, Tier 9-A, Tier 8,
and 42 more 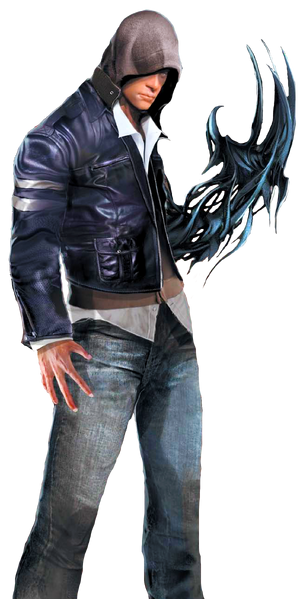 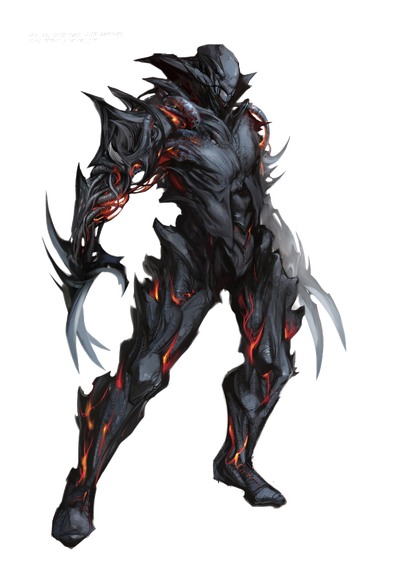 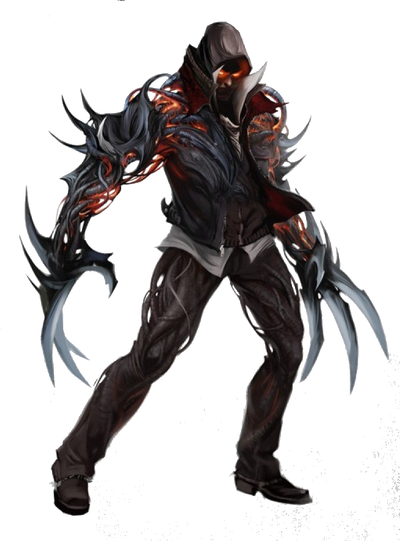 Alex Mercer is the protagonist of the first Prototype video game, a man who wakes up in the GENTEK morgue with bizarre and horrifying powers and no knowledge of events prior to that point, aside from his name and that he was once a scientist. Confused, enraged, and determined to reclaim his past, he sets out to do so by hunting down his old colleagues.

In truth, the creature acting as the protagonist is not Mercer but the Blacklight virus, which was released by the real Alex Mercer moments before he was shot dead and infected. The virus reanimated his corpse and came to believe it was him; however, evidence suggests that their personalities differed quite sharply.

Gender: As a virus, he's technically genderless, but defaults to male as Alex Mercer but can become either gender if he wishes.

Age: 29 (Human Memories), virus Mercer is only about 2 Years Old by the start of the second game.

Superhuman Physical Characteristics, Skilled Hand-to Hand Combatant, Hive Mind (Type 2; Can connect to the telepathic link that exists between carriers of the Blacklight virus), Enhanced Senses (Thermal Vision, Infected Vision, Viral Sonar), Acrobatics (Enhanced Condition, Hypermobility, All-Terrain Mobility, Surface Running), Regeneration (Low-High; Is superior to the Supreme Hunter who could regenerate from being turned into a puddle of blood. Mid-High over time. Could regenerate from getting incinerated by a nuke's fireball after hours), Immortality (Types 1, 2, 3, 6, 7), Statistics Amplification through various abilities, Shapeshifting (He is able to transform into anyone he's consumed, He can also modify his body's proportions and form them into weapons at will. Can control his molecular structure), Absorption (Absorbs the powers, abilities, memories, skills, and experiences of any living thing he consumes, with any part of his biomass. This also allows him to negate his target's regeneration capabilities. Every living being that he absorbs makes him stronger), Biological Manipulation (Molecular level, Can manipulate all traces of the virus in existence down to the molecular level. Can manipulate the target's body through the virus), Disease Manipulation (Can infect his targets with the virus. The Blacklight Virus should be superior to the Redlight Virus, which was able to infect living beings and inanimate objects alike), Can run up walls and other vertical surfaces, Adaptation and Limited Reactive Evolution (Capable of producing hundreds of different strains of the Blacklight virus, can transform his body on-the-fly, increases his resistance to harmful situations with prolonged exposure, developed immunity to Bloodtox and the Parasite, developed unique powers to help fight Blackwatch and the Infected), Density Manipulation (Has the biomass of thousands of people inside of him, and can manipulate his body in many ways, such as gliding), Limited Matter Manipulation (Can transform his flesh-like biomass into metal-like structures capable of slicing through any armored vehicle, can convert anything a person is wearing into biomass (even capable of replicating electronic devices), can infect the molecules of his targets and control them through the Blacklight Virus), Stealth Mastery (Stated to be a security nightmare, cannot be detected by viral sonar, able to evade viral detectors), Mind Manipulation via the Hive Mind (Can manipulate the minds of all the infected. Should be able to replicate Greene's abilities), Limited Telepathy via the Hive Mind, Shield Generation (His shield can absorb damage before being destroyed and needing to regenerate), Can summon and create Blacklight beings, Homing Attack via Tendril Barrage Devastators, Power Bestowal (Can selectively turn targets into Evolved), Limited Precognition (Greene was able to show Alex her past memories as well as a glimpse of a future infected Manhattan. Not combat applicable however)

Flight via Airtime (allows Alex to fly indefinitely), Gravity Manipulation via Anti-Gravity Field (anything that Alex hits/touches becomes trapped in an anti gravity field, floating helplessly. This extends to people/objects that are hit by people/objects thrown at them by Alex), Energy Manipulation via Warp Vortex (objects thrown by Alex will become engulfed in a vortex of energy, pulling in nearby objects and people, causing severe damage. Only one vortex can be created at a time, whether or not this is a game mechanic is unknown), Vibration Manipulation via Shockwaves (makes it so every time Alex jumps into the air, a massive shockwave pulls everything up with them) [see note at the bottom regarding the use of Force Multipliers in versus matches)

Resistance to Mind Manipulation (Resisted Greene uploading visions into his head, led the Hive Mind), Radiation Manipulation, Cold Temperatures, Extreme heat (Survived a nuclear fireball. Has withstood thermobaric explosions, which can reach high temperatures), Disease Manipulation (Adapted to The Parasite, which has nullified many of his abilities previously, through absorbing the necessary antibodies. Has also absorbed Elizabeth Greene, who was able to resist the properties and effects of the Parasite, thus should gain her resistance), Biological Manipulation (Mercer was growing more resistant to biological chemicals made specifically to harm infected beings like him such as Bloodtox which can cause necrosis.), Immunity to all ailments known to man(Was able to infect the cure designed to destroy the Blacklight Virus) and Soul Manipulation (A virus doesn't have a soul, plus Alex was a corpse reconstructed by the virus)

Stamina: Limitless. He has never shown to actually physically tire out. His physiology is a sapient virus and he can operate without needing internal organs, like his brain, to be intact.

Range: Extended melee range. Several meters with shockwaves, and dozens of meters with Whipfist. Devastators can cover sizable areas. Possibly tens of kilometres with tendrils (The biomass gained from consuming Alex Mercer allowed James Heller to be able to create tendrils that can reach across all of Manhattan and wipe out all infected beings in New York City)

Intelligence: As a human, he is a GENTEK scientist, got University and National level award. Now, as he possesses the knowledge and memory of the thousands of people he consumed. Connecting himself with the Core Hivemind allows him to access the memories of every person affected by the Blacklight Virus. Extensive knowledge of biology from his past as a biochemist and is extremely well versed in military procedures, protocols, and tactics and combat. Knowledgeable in other fields of science as well from consuming dozens of scientists. Fully capable of utilizing nearly any military asset including tanks and helicopters after consuming hundreds of soldiers and can even shoot someone's vitals while moving at full speed and jumping over thirty feet into the air.

Weaknesses: Reminding him of his human life will cause him to relapse into a flashback, paralyzing him (Overcame this at the end of the first game). If he is too low on biomass he will be incapable of maintaining his Evolved form. Can be easily enraged, but has begun avoiding it. The less biomass in his body, the slower his regeneration will be. Comparable to Supreme Hunter in terms of physiology, who can regenerate his entire body from a puddle of blood in mere instants, but when he is drastically damaged and loses his biomass he has difficulty regenerating a hand. Alex only regenerated "instantly" from a massive damage after devouring biomass