VS Battles Wiki
Register
Don't have an account?
Sign In
in: Characters, Male Characters, Light Novel Characters,
and 42 more 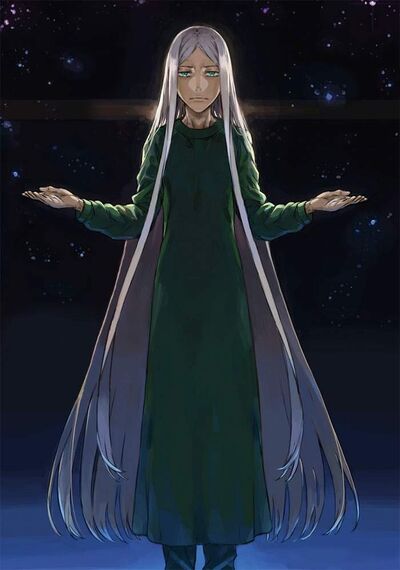 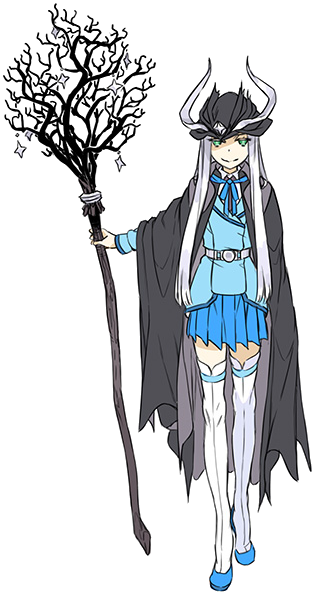 Aleister Crowley, born Edward Alexander Crowley, is the founder, leader, and General Superintendent of Academy City who presides over the Board of Directors. He is referred to as the greatest magician in history and magic's greatest embarrassment, who had quit magic in order to analyze science and technology. He is the de facto leader of the Science Side as the ruler of Academy City, and his actions and plans continually subvert the magic side and often moves the actions of the protagonists. His main goal is to rid the world of magic and mysticism.

He resides in the mysterious Windowless Building, floating upside down and connected to wires, inside a tube of red liquid.

Tier: At least 7-A normally, Varies, up to 3-A with Spiritual Tripping and up to At least High 1-C with Blasting Rod | Same as in base | Same as before, but at least 5-B normally

Gender: Male (Some of his possibilities are female)

Age: Over a hundred years

Powers and Abilities: Magic,Curse Manipulation, can bend light to create illusions, can enter the mind of his opponent to summon illusionary weapons that cause real harm, Explosion Manipulation, Radiation Manipulation, can boost his magic depending on how powerful the opponent thinks it is and gets stronger the more Crowley's Hazards are killed, Regeneration (Mid, could heal himself from being shot in the head multiple times, but would die from having his heart destroyed), Archetype Manipulation, Immortality (Type 3), Flight, Multilocation through non-dualism, Capable of existing in places that don't exist, in which the concepts of distance and time don't apply and Non-Physical Interaction (Destroyed the Hidden World, a nonexistent place), limited Spatial Manipulation and Gravity Manipulation (Turned the inside of the Windowless Building into a non-euclidean space in order to stretch it up to space, can shift the position of those inside, the Windowless Building includes small replicas of celestial bodies like moons and stars that emit artificial gravity powerful enough to attract a human body in a small radius around them), Longevity (Extended his lifespan for another 1700 years), Summoning, Clairvoyance, Light Manipulation, can bypass automatic defenses (Managed to slice Fiamma of the Right's arm by surprise without his Holy Right being able to defend him and similarly easily defeated him in the following clash), Sealing, Power Nullification, Resistance to Mind Manipulation (All magicians have a defense against mind attacks, but the technique knocks them out) | All prior, Superhuman Physical Characteristics | All prior, Purification, Fire Manipulation, Forcefield Creation, Weight Manipulation, Transmutation, Healing, Soul Manipulation

Attack Potency: At least Mountain level normally (Kept up with Mathers for some time, is regarded as the or one of the greatest magicians in history and is hence superior to Leivinia Birdway). Varies, up to Universe level with Spiritual Tripping (The power of Spiritual Tripping depends on the power of the illusory weapon imagined by Aleister, with the highest shown being a Big Bang Bomb with enough power to create/destroy the universe), up to At least High Complex Multiverse level with Blasting Rod (Can amplify his power up to the point of defeating Magic Gods if the right conditions are met, fought High Priest) | Same as in base | Same as in base, but at least Planet level with normal spells (Can fight Coronzon and defeat a not fully-serious Niang-Niang)

Speed: At least Peak Human (Can match Kamijou Touma), possibly Subsonic (Defeated Karasuma Fran as a Coronzon Avatar in an "acrobatic battle"). He can likely react in 10 nanoseconds (Likely comparable to Fiamma of the Right and Ollerus as he fought and easily defeated Fiamma) | Massively Hypersonic (Kept up with Knight Leader and Kanzaki Kaori at the same time) | Sub-Relativistic (Kept up with Coronzon and a not fully-serious Niang-Niang)

Durability: Street level, likely much higher with magic (Survived an attack from High Priest which almost killed him but can be injured like a regular human by bullets and falls from great heights) | Mountain level (Exchanged blows with Kanzaki Kaori and Knight Leader) | At least Mountain level with magic (Should be much stronger than before)

Stamina: High, can continue moving and acting despite suffering heavy damage, including internal bleeding from magic recoil and being shot in the head several times only slows him down

Range: Varies, at least a planetary diameter through bilocation.

Standard Equipment: His silver staff, his phone and as "Aleis-tan", a broom

Intelligence: Supergenius. As the leader of Academy City, widely considered to be the greatest magician in history, Aleister's knowledge of magic is so high he could have become a Magic God if he wanted to and he created multiple original Grimoires. According to Index, he's the most influential magician of the modern era, with magic having evolved more in the last 70 years than in the several thousand years prior and claiming over 20% of modern magicians follow his teachings while 50% of all magicians are influenced by them to some extent. He always has multiple plans running for every scenario, which allow him to always develop events in the direction he wants even if he constantly fails at every step. Some of this plans are even developed to fail in the first place to further other parts of his main plan. He tricked the Magic Gods of True Gremlin and Coronzon. He improvised in a very short span of time an incredibly powerful computer virus that would make Misaka Mikoto's cyber warfare attempts seem like a joke, with the virus capable of shutting down almost all computers and infrastructure of Academy City's and its cooperative institutions across the world while using an internet cafe. He also proves himself to be a capable engineer, being able to construct futuristic items, such as four micro rocket engines the size of 500mL bottles that allow him to fly and weapons like the Super Sonic Striker, a weapon that fires shockwave spears infused with a dust of titanium alloy at Mach 9.8, out of materials that can be found at a normal shopping center within a short time. Other weapons mentioned by Aleister are an ultra-low temperature bondage liquid, a planetary core vibration magma cannon, and a deadly magnetosphere compression EM wave cannon

Weaknesses: Aleister is cursed to a life of failure, and Spiritual Tripping requires that the target has a mind. It's in-character for Aleister to keep the magic recoil of all his spells contained to his body, so his strongest spells cause him internal damage. He needs his heart to regenerate

Key: Base | With Blood Sacrifice | With Son of God Synchronization

Kazuradrop (Fate/Extra CCC: Foxtail) Kazuradrop's Profile (7-A key for both of them. Speed Equalized)