VS Battles Wiki
Register
Don't have an account?
Sign In
Advertisement
in: Variable Tier, Tier 7, Tier Low 7-B,
and 31 more 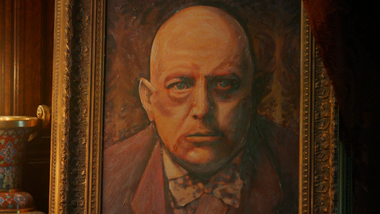 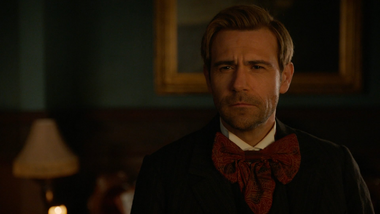 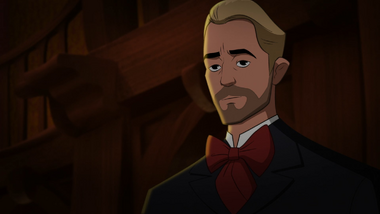 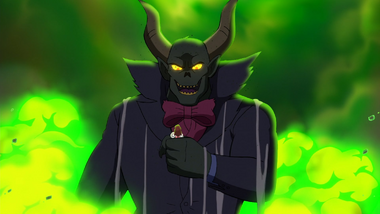 Aleister Crowley was an influential occultist, mystic, alchemist, writer, poet, painter, mountaineer, and ceremony magician until he was locked in a painting and kept in the attic of John Constantine's house.

At some time in his life, Aleister studied alien magic. At some point after Crowley's death, John summoned Crowley's soul from hell, and trapped him on Earth in a painting that Constantine stored in the attic of his house.

Constantine kept one of Aleister's book about alien magic and Gary Green enjoyed reading it, taking it from the bookshelf in the house's library and holding it in his room.

Tier: Varies physically depending on the body he possesses, higher in his giant demonic form via sheer size, likely Low 7-B via Magic

Powers and Abilities: Magic, Telekinesis, Energy Manipulation and Projection, Transmutation (Via Permuto), Absorption (Can absorb souls by using his amulet), Soul Manipulation (Taught Astra a spell she could use to switch his soul with Contantine's and knows how to use the spell himself), Creation (Can create a staff from magical energy and make it appear out of nowhere. Conjured a chain of green energy to lock the Legends on the ground), Reality Warping (Turned Astra, the Legends, himself and their surroundings into a cartoon), Cloth Manipulation (Changed Constantine's cloth while inhabitating his body), Power Nullification (Was able to dispell Astra's sleeping spell twice), Empowerment (By devouring souls), Shapeshifting (Turned into a gigantic demon), Large Size (Type 2 as a demon), Portal Creation (Can open portals of green energy), Non-Corporeal & Invisibility (As himself as he's a disembodied soul), Expert Manipulator, Vast Occult Knowledge, Multilinguism

Attack Potency: Varies physically depending the body he possesses, higher in his giant demonic form via sheer size, likely Small City level via Magic (Heavily feared by Constantine, a skilled and powerful sorcerer himself, both for his power and his manipulative nature)

Speed: Varies depending on his vessel

Lifting Strength: Varies depending on his vessel, higher in his giant demonic form

Striking Strength: Varies physically depending on his vessel, higher in his giant demonic form, likely Small City Class via Magic

Durability: Varies depending on the body he possesses

Stamina: Varies depending on his vessel, Infinite for himself as he is a disembodied soul

Standard Equipment: His Staff, His Amulet

Intelligence: High. Is extremely well-versed in many forms of Magic, knowing various formulas including in Egyptian and Latin, and is an expert of alien Magic. Easily manipulated Astra to work with himself using the temptation of power.