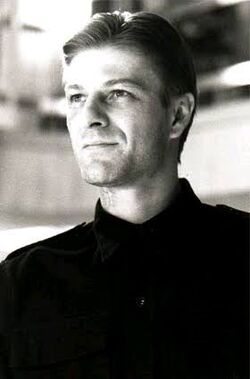 Alec Trevelyan is a former 00 Agent turned Bond villain in the film and video game by the same name, Goldeneye. He's interpreted as an equal to Bond in almost every regard making him potentially James Bond's most difficult challenge.

Attack Potency: Wall level (Matched Brosnan's Bond who can take down swordsman and bust through steel bars) | Wall level (His game counterpart was a physical match in every regard with Bond who could tank bullets easily. Is seen as slightly superior in skill and physicality to Bond. although lacks 007's ingenuity and creativity)

Speed: Superhuman with Supersonic reactions when scaling from Bond

Intelligence: Gifted. Implied to be as smart as Bond when it comes to formulating a strategy.

Noble Six (Halo) Noble Six’s profile (Speed was equalized, both combatants were given a handgun)