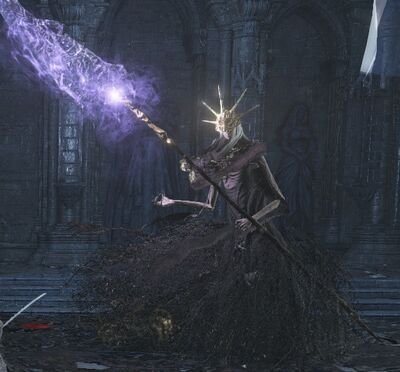 Aldrich, Devourer of Gods is a Lord of Cinder and boss enemy in Dark Souls III. Known as the "Saint of the Deep". Aldrich, once a holy cleric, has become an expansive sludge of maggoty rotten flesh and humanity dregs. Through devouring humans Aldrich was chosen to become a Lord of Cinder, not for his worthiness, but the power he held.

Classification: Saint of the Deep, Lord of Cinder

Attack Potency: Star level (Lords of Cinder are capable of maintaining the existence of the First Flame with their souls, which keeps the sun in existence)

Speed: Supersonic (Scales to the Ashen One, who can dodge and react to Greatbow arrows and bolt traps)

Stamina: Very high (Comparable to that of the Ashen One)

Intelligence: As a holy cleric, he should be highly skilled in sorceries and miracles. 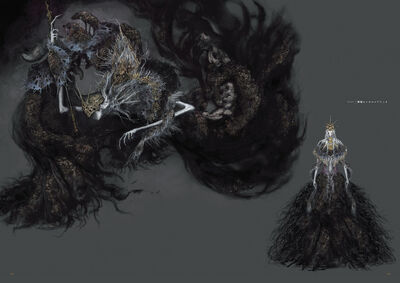 Retrieved from "https://vsbattles.fandom.com/wiki/Aldrich,_Devourer_of_Gods?oldid=7006127"
Community content is available under CC-BY-SA unless otherwise noted.