VS Battles Wiki
Register
Don't have an account?
Sign In
Advertisement
in: Tier 7, Tier Low 7-B, Tier High 7-A,
and 44 more 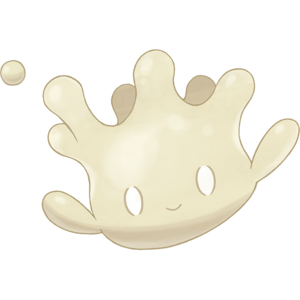 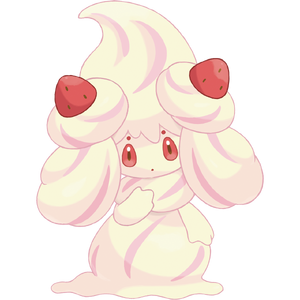 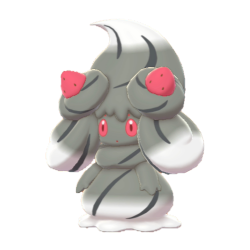 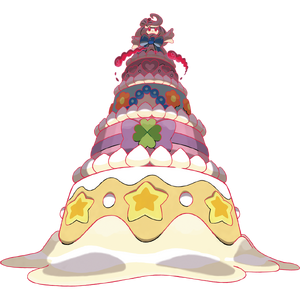 Alcremie is a cream Pokémon and the evolution of the Milcery. Including its shiny form, this Pokemon has 64 known forms by combining different flavors and topics. It is also one of few pokemon capable of Gigantamaxing.

Powers and Abilities: Superhuman Physical Characteristics, Small Size (Type 1), Immortality (Type 2) and Regeneration (Low-High) (Was born from particles, Is made of cream, Milcery casually detaches and reattaches its parts, Alcremie regularly secretes cream), Flight, Power Bestowal (Any patisserie visited by a Milcery is guaranteed success and good fortune, Magic, Fragrance Manipulation, Statistics Amplification, Status Effect Inducement (Confusion), Statistics Reduction (Opponent’s evasiveness, Misty Terrain halves the damage of dragon-type moves), Life Force Draining, Healing (Can remove all status effects affecting the user’s party, Can heal half it’s max HP), Empathic Manipulation, Light Manipulation, Can change the terrain with Misty Terrain, limited Mind Manipulation and Power Swap via Entrainment (Dances in a rhythmic way that compels the opponent to mimic it, replacing their ability with the user’s), Resistance to Sleep Manipulation (Itself and allies cannot be put to sleep) and Power Nullification (Itself and allies cannot have their move choices limited), Dynamax, Resistance to Martial Arts (Fighting), Bug, and Darkness Manipulation (Dark)- type moves, Immunity to Dragon-type moves | All of the previous except Flight, Reactive Evolution (Upon evolving, it’s cream takes on one of various flavors), Organic Manipulation (Regularly secretes cream), Empathic Manipulation (Attackers who eat her cream become rapidly soothed and lose the will to battle) | All of the previous except Small Size, Gigantamax, Natural Weaponry (Can fire its cream as high-calorie missiles), Danmaku, Confusion Inducement and Empathic Manipulation via cream missiles (Fills those hit with energy and euphoria), Superior Magic and Healing via G-Max Finale (Heals the HP of allies by half of their max HP), Explosion Manipulation and Statistics Reduction (opponent's speed) via Max Strike, Forcefield Creation via Max Guard

Speed: Massively Hypersonic+ (Can dodge electricity-based attacks) | FTL (Comparable to Golem, who can dodge Solar Beam) | FTL (Faster than before. Comparable to Mega Evolutions and Ash-Greninja, who could dodge Signal Beam)

Lifting Strength: Unknown | Class M (Should be comparable to other Fully-Evolved Pokémon) | At least Class T (Far stronger than Machamp, who can move mountains)

Intelligence: Below Average normally (Capable of coherent speech between other Pokémon, a degree of understanding of commands and social situations, and can solve minor puzzles, though still mostly driven by instinct), Above Average in battle as Milcery (Pokémon are hard-wired for battle and even in the wild can master many moves and fight the likes of Machop which train in all martial arts), Gifted in battle as Alcremie (Should be superior to 1st and 2nd stage Pokémon and are able to consistently fight the likes of Machamp which have mastered all martial arts, as well as Alakazam)

Weaknesses: Weak to Poison and Steel-Type moves | Gigantamax can only be used in areas with Dynamax energy (i.e. dens and stadiums), Destroying their non-move forcefield through any means will harm them