VS Battles Wiki
Register
Don't have an account?
Sign In
Advertisement
in: Unknown Tier, Tier 9, Tier 9-B,
and 33 more 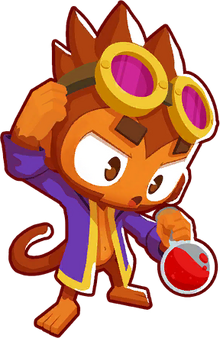 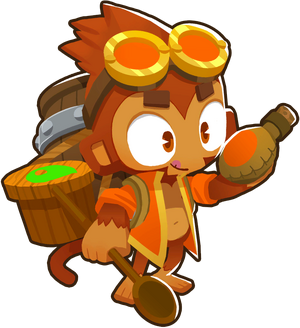 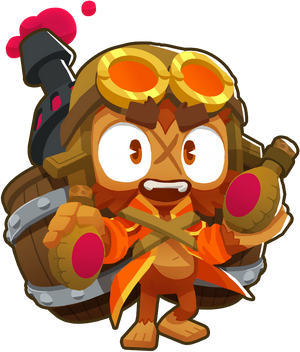 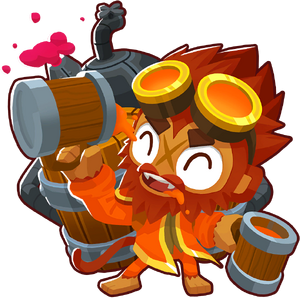 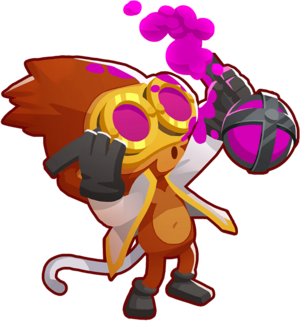 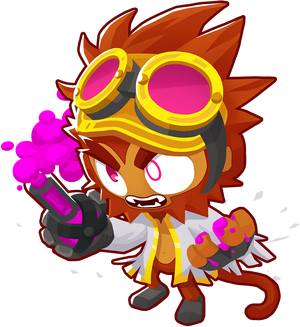 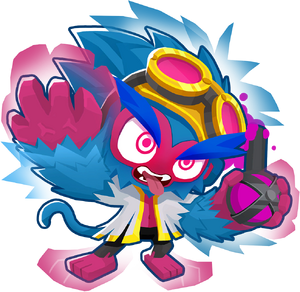 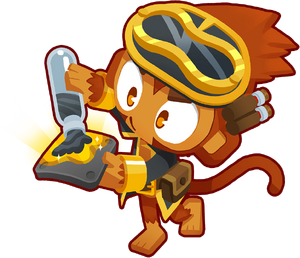 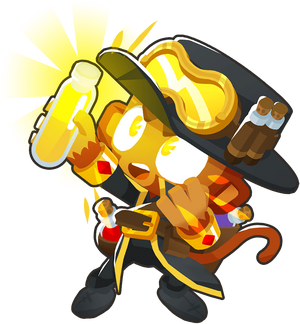 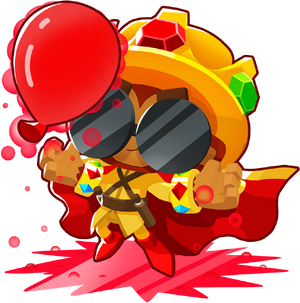 The Alchemist is a tower in Bloons Tower Defense. It is a decently priced unit that throws acidic potions which deal great damage to most Bloon types. Its upgrade paths allow the Alchemist to either boost the stats of teammates, transform into a monster, or generate extra money with golden Bloons.

Gender: None (It's confirmed that all monkeys are genderless with the exception of Heroes)

Superhuman Physical Characteristics, Small Size (Type 0), Self-Sustenance (Type 1. Monkeys can participate in the 3 space maps across the series and the 6 underwater maps from BATTD, When asked about how the monkeys breathe on the moon, it was simply explained as “Monkey Science!”), Body Control (Monkeys have prehensile tails), Enhanced Senses (All Monkeys are capable of seeing ghosts), Non-Physical Interaction (Monkeys can stand on clouds), Magic and Summoning (All Monkeys appear to have the power to summon darts, as long as they’ve bought them previously), Selective Intangibility (Before being able to fight against Bloons, Monkeys must learn the Physics of Friendly Fire, which they always keep turned off during battles, though they can turn friendly fire back on should they choose to), Acid Manipulation, Corrosion Inducement, Statistics Amplification (Can coat a monkey's weapons in an acidic mixture, boosting their power), Deconstruction (Perishing Potions can remove the Fortified property from Lead and Ceramic Bloons), Heat Manipulation (via the Monkey Knowledge "Hot Magic"), Resistance to Heat Manipulation (Most of the monkeys either wear only accessories or wear rubber suits despite the 10 winter/frozen maps (+9 from BATTD) and 9 volcanic maps (+6 from BATTD) across the series), Ice Manipulation and Cosmic Radiation (Can survive on the 3 space maps in the game), and partial to Time Stop (Time Stop power slows Bloons to 10% speed but only reduces Monkeys to 30%)

All base abilities enhanced, Transmutation (Can turn Lead Bloons into gold, Can partially turn all Bloons into Gold, Can convert the equivalent of 200 Red Bloons (up to 2 ZOMGs or 4 DDTs) into Red Bloons), possibly Magic and Telekinesis (The artwork for Bloon Master Alchemist shows the Alchemist using magic to transmute an unknown Bloon back into a Red Bloon, however this may not be valid)

Stamina: Above average. Can attack non-stop for an extended period of time, albeit without moving or taking damage

Intelligence: Gifted, possibly Genius (All monkeys know sign language, Is a master of alchemy, Invented the many different potions)

Weaknesses: Two of three paths are focused on hax instead of AP, Can only use it's most powerful abilities from one of three upgrade paths