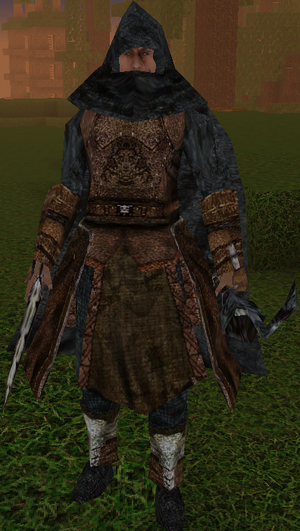 Alchemist is an NPC from Block Story.

Attack Potency: Multi-City Block level+ (Comparable to the Dragon Rider; capable of harming enemies that can survive TNT explosions, which can evaporate a large amount of iron at once)

Speed: Massively Hypersonic (Somewhat slower than - albeit, still comparable to - the Dragon Rider; can fight against creatures such as Ashkore, which are able to utilize lightning for their attacks)

Weaknesses: If his soul is consumed, he cannot be reborn on his own. However, absorber can place his spawner and Alchemist will be able to revive near him, but the destruction of the spawner will not allow Alchemist to be reborn again

Retrieved from "https://vsbattles.fandom.com/wiki/Alchemist_(Block_Story)?oldid=4106189"
Community content is available under CC-BY-SA unless otherwise noted.