VS Battles Wiki
Register
Don't have an account?
Sign In
Advertisement
in: Tier 9, Tier 9-B, Tier 8,
and 27 more 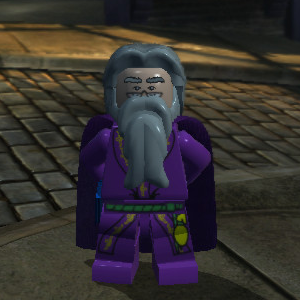 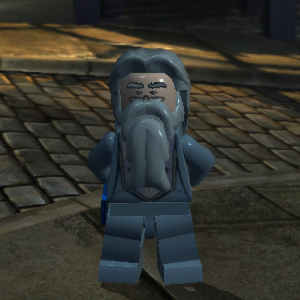 Professor Albus Percival Wulfric Brian Dumbledore was the Transfiguration Professor, and later Headmaster of Hogwarts School of Witchcraft and Wizardry. Professor Dumbledore also served as Supreme Mugwump of the International Confederation of Wizards (?–1995) and Chief Warlock of the Wizengamot (?-1995; 1996-1997). Born in 1881, he was a half-blood, Muggle-supporting wizard, the son of Percival and Kendra Dumbledore, and the elder brother of Aberforth and Ariana. His father died in Azkaban when Dumbledore was young, while his mother and sister were later accidentally killed. His early losses greatly affected him early on, even at his death, but in turn made him a better person. Albus Dumbledore was considered to be the most powerful wizard of his time. He was most famous for his defeat of Gellert Grindelwald, the discovery of the twelve uses of dragon's blood, and his work on alchemy with Nicolas Flamel.

It was through Dumbledore that resistance to the rise of Lord Voldemort was formed, as it was he who founded and led both the first and second Order of the Phoenix. Due to the fact that he had a keen mind and legendary power, Dumbledore became the only wizard that Voldemort ever feared. He was the wielder and the master of the Elder Wand from 1945 until 1997 and considered by many as the greatest Headmaster to ever grace Hogwarts.

Tier: 9-B physically, 8-C via Telekinesis and Magic, 8-A with the Elder Wand

Powers and Abilities: Superhuman Physical Characteristics, Magic, Telekinesis, Energy Manipulation and Projection, Forcefield Creation (Via Protego and casted a spell on the Goblet Fire to prevent any underage student to put his name within it), Fire Manipulation, Water Manipulation (Via Aguamenti), Deconstruction (Via Diffindo and Reducto), Explosion Manipulation (Via Confringo with the Elder Wand), Memory Manipulation, Light Manipulation (Via Lumos Solem, can light up dark areas, and with the Deluminator he created), Teleportation (Via Apparition), likely others, Genius Intelligence, Master Planner

Attack Potency: Wall level physically (Comparable to other characters who can destroy gargoyles with their punches), Building level via Telekinesis and Magic (Can build and destroy building-sized objects with Magic), Multi-City Block level with the Elder Wand (Superior to Voldemort who managed to destroy Hogwarts' shield with an Elder Wand that rejected him)

Speed: Peak Human (Comparable to other characters) with Superhuman reaction and combat speed (Can deflect laser beams that move at the same speed as arrows)

Striking Strength: Wall Class physically (Can harm and kill other characters with his attacks), Building Class via Telekinesis and Magic (Can destroy building-sized objects)

Intelligence: Genius. Albus Dumbledore is considered to be the most powerful wizard to have ever exist, with only Gellert Grindelwald having been able to fight him at his peak and the only wizard Lord Voldemort, the most powerful dark wizard of all time, fears. He is notably famously known for his victory over Grindelwald, the discovery of the twelve uses of dragon's blood, and his work on alchemy with Nicolas Flamel and he is the one of who founded the Order of the Phoenix to fight Voldemort. In addition to that, he was able to devise an extremely elaborate plan to defeat Voldemort