VS Battles Wiki
Register
Don't have an account?
Sign In
in: Characters, Male Characters, Octopath Traveler,
and 15 more 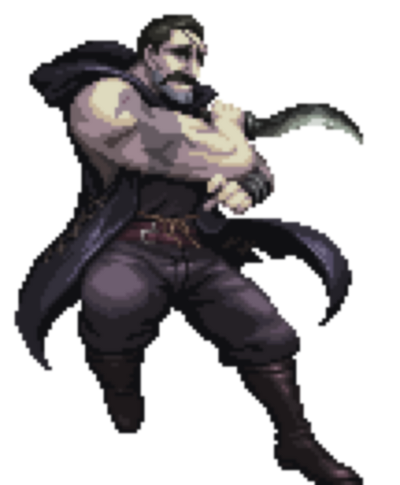 Albus is the third boss of Primrose's story and a member of the Obsidians. He bares the mark of the crow on his right arm. He was a former captain of Noblecourt's city watch and was thought to be an honored right hand servant of Geoffrey Azelhart. He was initially thought to be a murdered victim of the Obsidians despite actually being one in reality. He seized power of the house of Azelhart after the assassination of the previous lord. He is later confronted by an adult Primrose, who then defeats him in battle and left to die. After his death, the true leader of the Obsidians is later revealed much to Primrose's surprise.

Attack Potency: At least Wall level (Stronger than Rufus, who is in turn far stronger than Guardian of the First Flame)

Intelligence: Above Average. As a former captain of a watchman group, he is an experienced commander. And as a member of the Obsidians, he is also a skilled fighter and assassin. He managed to seize control over a wealthy house for 10 years.