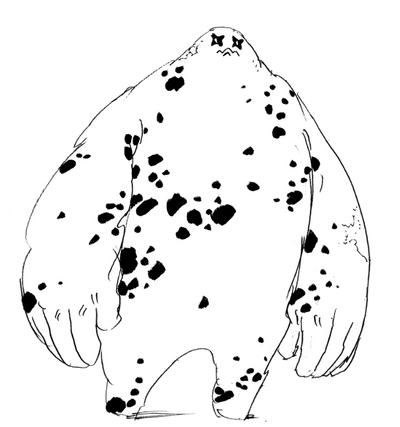 Great Beast Albion are giant golems created by the Demon Clan during the ancient war between the allied clans. They were reawakened after the seal on the Coffin of Eternal Darkness was broken.

Lifting Strength: Class G (Noted to be the size of mountains)

Durability: Mountain level (Tanked its own fireball which was amplified by Meliodas' Full Counter. Sealed Base Meliodas' sword broke against its skin)

Intelligence: Below Average; Relies on instinct and orders.

Fireball: They can fire enormous fireballs from their mouths. They can also sprout five fleshy cannons from their faces, each of which can fire a fireball.

Prepares multiple blasts at once
Add a photo to this gallery