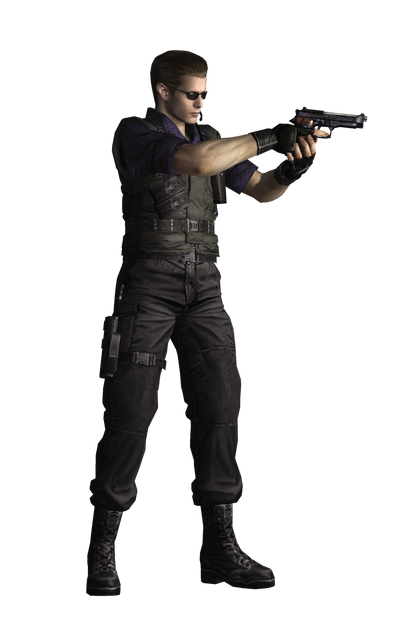 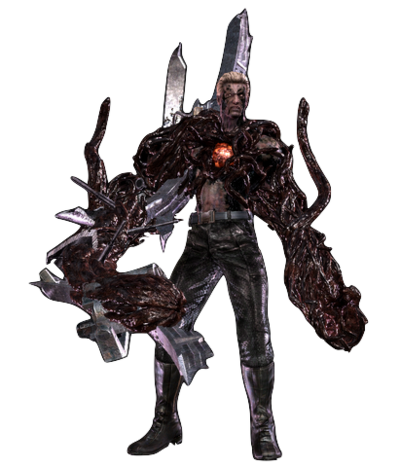 Albert Wesker is the main antagonist in the Resident Evil series. He was the leader of S.T.A.R.S. while secretly working for Umbrella Corporation as a Researcher. Later working for The 3rd Organization, H.C.F. (Hive/Host Capture Force), TriCell, he shifts allegiances at will to further his own goals of world domination. Wesker has been directly or indirectly responsible for the events of every game, and always seems to come out on top. He has a stronger rivalry with Chris than with any other character.

Speed: Superhuman with Supersonic Combat speed and Reactions | Hypersonic (Can effortlessly dodge point blank sniper rounds, can move so fast he appears to be teleporting, casual bullet timer, can clear hundreds of feet in less than a second, can catch rockets fired at him, can outrun mine and grenade explosions, etc.) | Superhuman (Is considerably slower than before) with Subsonic Combat Speed (Was still able to fight Chris and Sheva)

Stamina: High | Very high, Wesker had sustained numerous injuries in Resident Evil 5, including being dropped from a high altitude into a volcano.

Intelligence: Genius. A gifted, cunning, deceptive, and highly intelligent bioterrorist, usually preferring to observe the action from behind the scenes and then strike when the opportunity presented itself.

Weaknesses: Needs to maintain a constant dose of a special serum to keep his Progenitor virus (that gives him his superhuman powers) stable; however, overdosing on the serum causes him to show symptoms of poisoning. Extremely arrogant to the point of a god-complex. | As Uroboros Wesker, his weak point is located on the heart in his chest.

Retrieved from "https://vsbattles.fandom.com/wiki/Albert_Wesker?oldid=6964096"
Community content is available under CC-BY-SA unless otherwise noted.