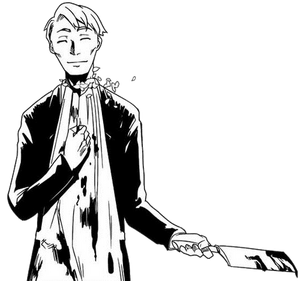 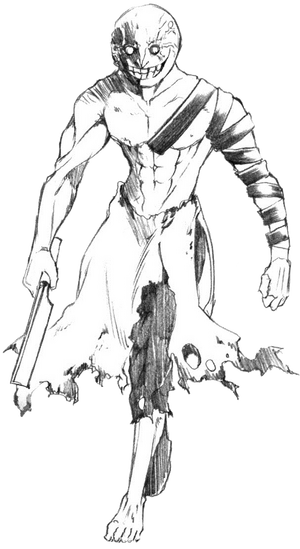 Albert Hamilton Fish is an incomplete Returner who gleefully follows the impulses of his returned talent of a famous American serial killer to kill people, thus becoming a target of the Forest of the Greats.

Attack Potency: Wall level (Crushed a human head with his bare hands, can fight Haito Le Buffet, can rip a tree off the ground and lift it with one hand) | At least Wall level (Stronger than before, punched Haito through a concrete pillar, slices up walls with a belt and throws cars around)

Durability: Wall level (Tanked being thrown into a wall hard enough to make a small crater and a car exploding) | Small Building level (Unharmed by Haito's swords and an overpass collapsing on top of him)

Stamina: Above average (Returner's talents use a lot of mental and physical energy)

Key: Base | Powered Up

Retrieved from "https://vsbattles.fandom.com/wiki/Albert_Hamilton_Fish_(Petals_of_Reincarnation)?oldid=4106170"
Community content is available under CC-BY-SA unless otherwise noted.