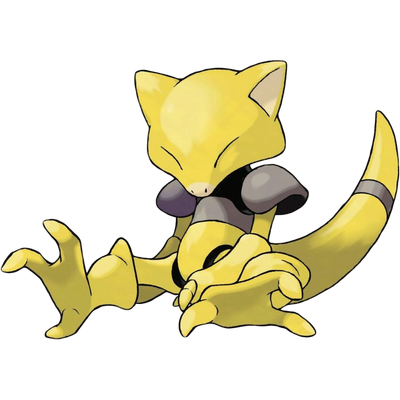 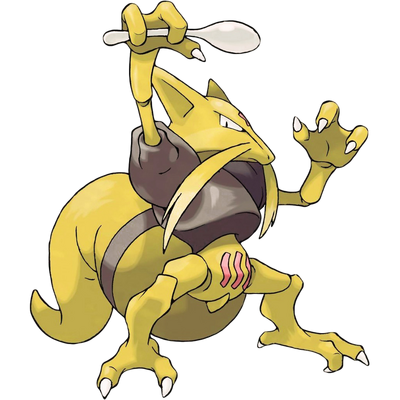 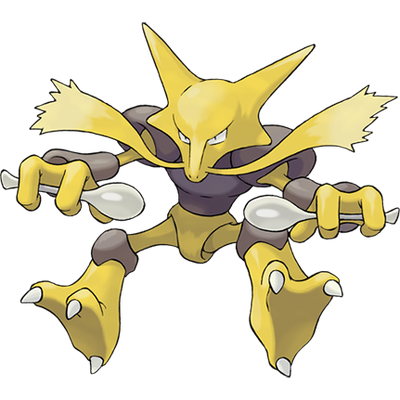 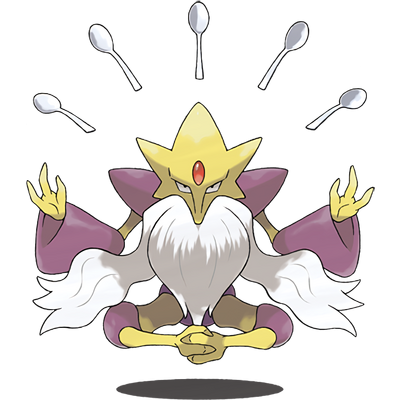 Alakazam is the first ever fully evolved psychic Pokémon, and is notable for being extremely powerful. It evolves from Abra into Kadabra at level 16, and from Kadabra to Alakazam when it's traded.

Lifting Strength: Class 25 via telekinesis (Scaling above Mantyke, who lifts a large boulder)

Striking Strength: Below Average (Alakazam's muscles are so weak that it can't support its own body weight without using its psychic powers)

Intelligence: Extraordinary Genius. Alakazam is extremely intelligent, smart enough to outperform a supercomputer and perform complex calculations to gain an edge in battles. It is said to have an IQ of 5,000, and never forgets what it learns

(All of the Evolution Line have these) 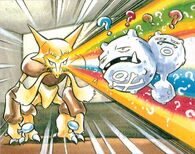 Espeon (Pokémon) Espeon's Profile (This was base Alakazam)

The Spirit (Care Bears) The Spirit's Profile (This was base Alakazam, Speed Equalized)

Retrieved from "https://vsbattles.fandom.com/wiki/Alakazam?oldid=6959350"
Community content is available under CC-BY-SA unless otherwise noted.