VS Battles Wiki
Register
Don't have an account?
Sign In
Advertisement
in: Tier 9, Tier 9-A, Tier 8,
and 78 more 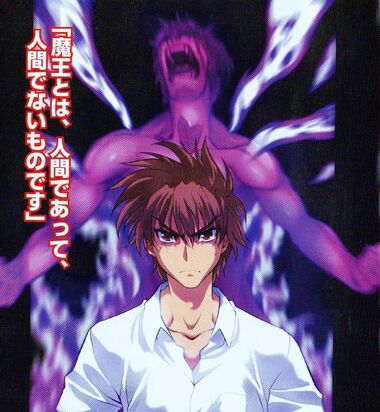 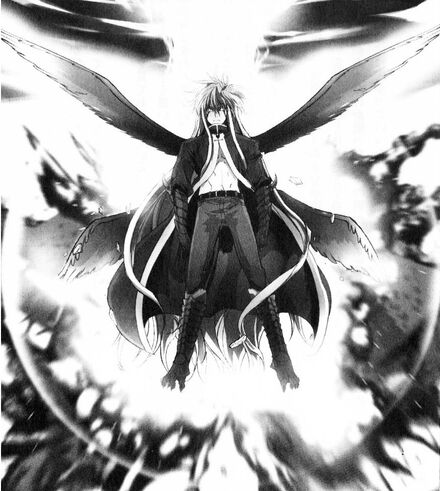 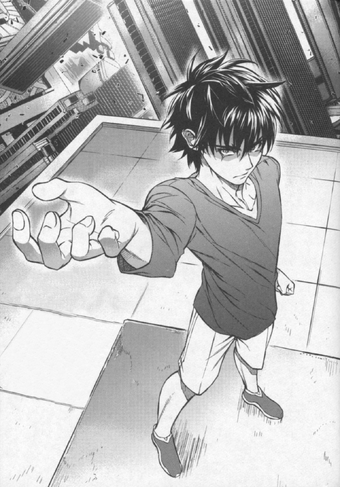 Akuto Sai is the primary protagonist of Ichiban Ushiro no Daimaou. He is an orphan who transfers into Constant Magic Academy, hoping to someday become a High Priest for the benefit of society; however, upon arriving, the school's oracular spirit predicts that he will become a Demon King in the future. Eventually, Akuto decided to start his crusade against the gods, taking onto the mantle of the Demon King.

Age: 15 | Unknown within the Afterlife, but it's stated he spent several decades within it | At least 10 thousand years old, though technically the concept of time is meaningless to him

Superhuman Physical Characteristics, Magic, Explosion Manipulation, Absorption (Can absorb magical energy from other beings), Forcefield Creation (Can cover his body with a mana barrier), Aura (Can twist limbs to break them with the pressure of his mana), Paralysis Inducement (Can control the mana surrounding other people's bodies to paralyze them), Telekinesis (Can levitate his opponents' bodies into the air), Immortality (Types 4 and 8; The Law of Identity doesn't allow his complete death)

All previous, Energy Projection (Can create mana balls), Light Manipulation, Air Manipulation (Can create small tornados, whirlwinds and typhoons), Homing Attack, Statistics Amplification (Can pump mana into his muscles to increase his physical prowess), Extrasensory Perception (Can detect the mana patterns of individuals, allowing him to sense them without seeing them), Martial Arts, Gun Mastery, Heat Manipulation (Boils down the mana inside his body to emit heat), Power Mimicry (Copied Yuzou's illusions by seeing them), Illusion Creation (Can show people illusions of their death, and some have died from the shock left by the illusion), Precognition (His illusions allow him to predict his opponent's next move), Corruption (His ominous mana can corrupt living beings, turning them into Demonic Beasts, as well as inorganic matter, such as turning a school into the Demon King's castle), Rage Power (His anger causes his mana to explosively increase), Teleportation, Regeneration (Low-Mid, Regrow his left arm after it had been severed), Limited Spatial Manipulation (Held together the space cut by Bouichirou)

All previous, Regeneration (Mid, He regenerated half of his body after it was blown away by a plasma explosion), Animal Manipulation (His ominous aura allows him to control Demonic Beasts), Kakei (A fighting style based on minutely controlling the mana and turning aside his enemy's power), Can create a mana projection of himself to avoid damage, Healing, Electricity Manipulation (Can strike his foes with lightning)

All previous to a vastly higher degree, Flight, Telepathy, Can cause his opponents to explode with a glare, Longevity (Stated to be able to fight Zero on the moon for centuries if it came down to it, and is said to have transcended the concept of aging), Self-Sustenance (Types 1, 2 and 3), Power Nullification (Can nullify mana attacks)

All previous, Enhanced Senses (He can grasp the location of every single mana particle in the air and has x-ray vision), Size Manipulation (He can shrink his opponent to microscopic sizes), BFR (Can seal his opponents in a virtual alternate dimension)

All previous abilities to an infinitely higher degree, Analytical Prediction (Can predict his opponent's next moves based on their body expression), Pressure Points (He's able to hit his opponent on a special part of their forehead that causes their brain to stop functioning), Subjective Reality (Can project his desires into the reality of the Afterlife), Time-Space Manipulation (Can bend the entire Afterlife around himself to reduce it into nothing), Acausality (Type 4; The Law of Identity stated Akuto can choose what is real and what is fictitious to the point of contradicting causality), Conceptual Manipulation (Type 1; Created the concepts of comunication, the second and third person), Acausality (Type 5; Exists outside of the causlity system of the stories of the Extra-universal Gods), Creation (Can create stories), Probability Manipulation (His stories are based on the infinite possibilities), Plot Manipulation (Has full control over every story, editing their plot to his will), Reality Warping, Higher-Dimensional Manipulation (Has full control over stories, which are structures that contain an infinite retreat of dreams within dreams within dreams), Soul Manipulation (Controls the souls of every being within his stories), Information Manipulation, (Is able to turn souls into mere concepts/data fitting the stories given by him), Perception Manipulation (His creations can only be truly perceived by reaching them), Large Size (Type 11; Perceived his creation as only a piece of paper on an infinitely vast room), Beyond-Dimensional Existence (Type 2), Physics Manipulation (Created all the fundations for the laws of the stories he created), Causality Manipulation

All previous, Void Manipulation, Nonexistent Physiology (Cast aside his earthly form, leaving a void where only emptiness resides)

Attack Potency: Small Building level (Caused a magical explosion that destroyed Class A's classroom and a magical barrier while holding back, and later on, he created an even bigger explosion which was able to create a crater 5 meters across) | Building level (Can fight robots who can destroy building, Exchanged blows with Peterhausen) | At least Building level (Upon deciding to kill the gods, Akuto became the Demon King, unlocking his true power and becoming much stronger than before), Universe level+ without limiters (Killed Suhara, one of The Computer Gods) | Universe level+ (As an Awakened Demon King, he should be able to kill the Computer Gods, in addition to having fought Zero) | At least Small Building level, likely Building level when sealed (Scaling from his durability), Universe level+ when unsealed (Stated to be equal to The Formless Power, which is more powerful than the magic system of the Computer Gods and black magic combined) | Low Complex Multiverse level (Ascended to the "next system", which is a layer above the normal world, where even the multiverses of stories he created are mere fiction), likely Outerverse level (Since Akuto was supposed to create every possible stories, some should include an infinite hierarchy, to reproduce the one already present) | Outerverse level, likely High Outerverse level (Casted aside his earthly form, leaving a void body that was take into Keena by the Contract of the One, which allowed him to be freed from his story role as the Demon King and become part of the Anti-Universe, the place where all stories end, which would put it above the totatility of fiction)

Stamina: Akuto possess a high amount of mana within himself, and can gather more mana from his surroundings. It's constantly stated that his Awakened form can continue fighting against Zero for years, and can fight for decades, maybe even centuries, without the need to breathe, sleep or eat. Has infinite amount of mana within the Afterlife, and can create stories for all eternity without ever tiring

Intelligence: Akuto is a brilliant student, having been able to pass the entrance exam of Constant Magic Academy, when it is said that no student had been able to pass it before. Akuto was able to learn Kakei, an extremely difficult technique that took the Headmaster many years to master, in a few minutes, and mastered the Hattori family illusory technique after seeing its functioning. Upon Awakening, Akuto connected his mind directly to the gods, gaining the knowledge of every single action, every single thought, every single emotion any human being had ever have, knowing the entire life of every single individual in the past

Weaknesses: Doesn't control his powers, leading him to use more power than normally intended (although he overcame this weakness by the time of Act 4). Akuto dislikes killing his opponents, no matter the reason. Upon realizing the fictitious nature of his existence, he couldn't help but to wish to finish existence, being on a state of depression due to this

Notes: The Void Body only existed during a very short time during the end of the story and as such not much is known about it.