VS Battles Wiki
Register
Don't have an account?
Sign In
Advertisement
in: Characters, Street Fighter, Game Characters,
and 38 more 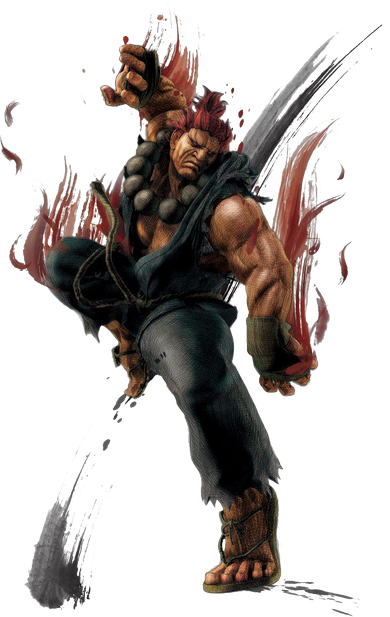 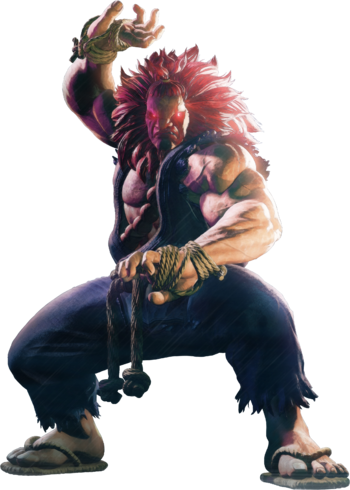 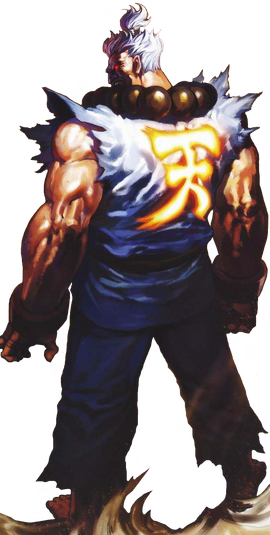 Akuma (悪魔 Akuma, "Devil"), known in Japan as Gouki (豪鬼 Gōki, "Great Demon", "Great Devil" or "Great Ogre") is a self-proclaimed "Supreme Master of the Fist" who wields the Satsui no Hadou ("surge of murderous intent"; also translated as the "Evil Intent", the "Killing Intent", "Dark Hadou", or the "Murder Wave").

The Satsui no Hadou forces unto its wielder the urge to win every battle at any cost, even if it means the death of their opponent. When he was still training under Goutetsu, Akuma delved further and further into the Satsui no Hadou; he eventually mastered its ultimate technique the Shun Goku Satsu ("Instant Hell Murder", but popularly known as the "Raging Demon") and killed Goutetsu with it to prove his mastery. He challenged his brother Gouken sometime afterward and killed him as well. Despite his arrogance, Akuma will not fight anybody who is not equal to or more powerful than himself, feeling that they present no challenge. Akuma views Ryu as a worthy adversary, and he constantly seeks to convince Ryu to follow the Satsui no Hadou as well.

Name: Akuma, Gouki (in Japan), epithet "The Master of the Fist"

Age: Unknown, likely in his 50s

Powers and Abilities: Superhuman Physical Characteristics, Master of Shotokan Karate and an assassination martial art known as Ansatsuken, Acrobatics, Genius Intelligence, Ki Manipulation and Projection (Master of Satsui no Hadou [Surge of Murderous Intent] an innate Ki which increases his fighting capabilities and can be projected as energy attacks), Aura, Extrasensory Perception (Can sense[4] ki), Transformation (Into Shin Akuma), Fire Manipulation (Via Sekia Goshoha and Sekia Kuretsuha), minor Air Manipulation and pseudo-Flight (Via Demon Armageddon), Statistics Amplification (Via Dohatsu Shoten and Shiretsu Hasshi), Intangibility/Teleportation (Via Ashura Senku), Death and Pain Manipulation (Via Shun Goku Satsu/Raging Demon. This technique brings death to its victim through the weight of their own sins[5], and not by Akuma's fist. The eviler the victim is, the more they suffer in death), possibly Non-Physical Interaction/Spiritual BFR (Via Houten Seikengeki; Akuma used this technique to vanquish[6] Kage, who might not be an entirely physical entity, sending him back to Ryu), minor Power Nullification (Via Rakan, which nullifies the opponent's blows, and Kiai, which cancels out normal projectiles), Damage Boost (Can perform enhanced versions of his Special Attacks), Status Effect Inducement (By hitting the opponent repeatedly, without them being able to recover, he can cause them to enter the "Stun" status, which leaves them unable to react. His Focus Attack causes the opponent to enter a "crumpling" status), Resistance to Soul Absorption (Via Mudo Tensho; Necalli couldn't devour[2] his soul) and Corruption (Has perfect control over the Satsui no Hado, preventing it[6] from consuming him)

Attack Potency: At least Large Mountain level, likely higher (Destroyed the island Gotenkou with a single punch, which had several mountains on it that were pulverized in the process[7]. Killed[8] M. Bison with his Raging Demon during the second World Tournament[9]. Fought evenly[4] with his brother Gouken. Effortlessy defeated[2] Power of Nothingness Ryu, stating that he wasn't even equal to him[2]. Destroyed[2] Torrent of Power Necalli from the inside. Becomes constantly stronger, with it being acknowledged by Gen[2], who previously was his equal. Contended[9] with Oro), higher as Shin Akuma (Stronger than before. Akuma takes this form when he faces a worthy opponent and needs to employ his full power)

Speed: Massively Hypersonic+ (Way faster than Power of Nothingness Ryu and M. Bison; the latter couldn't even react to him. Kept up with Gouken. Able to block[10] Gen's Zan'ei), higher as Shin Akuma (Faster than before)

Lifting Strength: At least Class 100 (Far stronger than Ryu), higher as Shin Akuma (Stronger than before)

Striking Strength: At least Large Mountain Class, likely higher (His punches could split the Ayers Rock in half and sink the island Goutentou. Went toe to toe with Gouken, Gen and a casual Oro), higher as Shin Akuma (Stronger than his base)

Durability: At least Large Mountain level, likely higher (Able to take blows from Gouken and a casual Oro), higher as Shin Akuma (More durable than before)

Stamina: Very high (Has never shown exhaustion in a fight. Constantly wanders across the world on foot or swimming through the oceans. Was able to remain underwater at massive pressure for an extended period of time)

Intelligence: Combat Genius (Mastered the deadly Ansatsuken martial arts and even added his own innovations to it, refining it like no other before and constantly creating new techniques while improving himself. Flawlessy controls the Satsui no Hado, harnessing its several combat applications without any problem. Can match other fighting geniuses such as Gouken, Gen and Oro, and has defeated the first two on at least one occasion each. Can surpass Ryu even while holding his power back and is implied[11] to have fought M. Bison in a fair match to test his skill. Is somewhat knowledgeable in mysticism and philosophy.)

Weaknesses: He goes easy on opponents often, as most of his fights are done with the bulk of his power sealed. He desires to actually see an opponent to surpass and kill him. Also, he is very easy to anger. 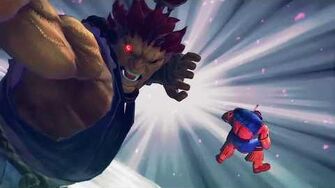 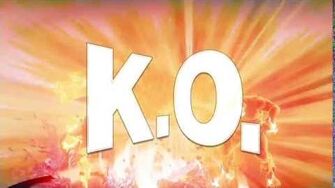 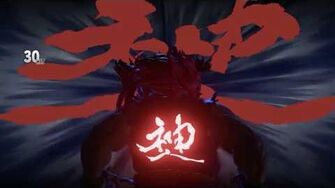 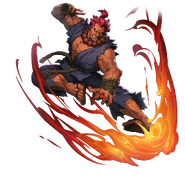 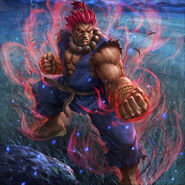 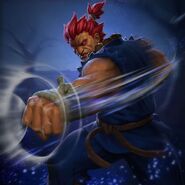 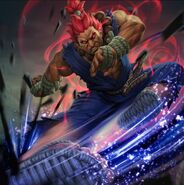 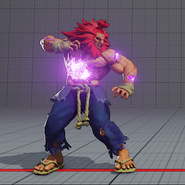 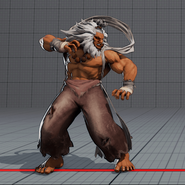 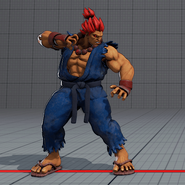 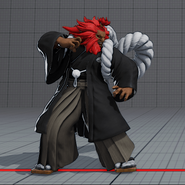 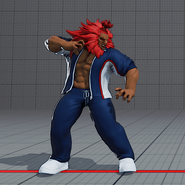 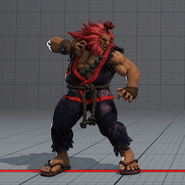 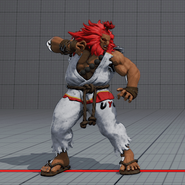 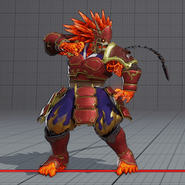 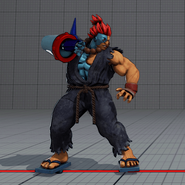 Bruno (Pokémon) Bruno's Profile (Speed was equalized, both were High 7-A, Gen. 2 Bruno's rematch Pokémon team was used and the battle took place in Bruno's room on the Indigo Plateau)

Garou (One-Punch Man) Garou's Profile (Speed was equalized, Pre-Awakening Garou was used and Akuma started in his base form)

Reigen Arataka (Mob Psycho 100) Reigen's Profile (1000% Reigen was used, speed was equalized and both had previous knowledge of each other)

Iron Man (Marvel Cinematic Universe) Iron Man's Profile (Both were High 7-A, Speed was equalized and starting distance was 20 meters)