VS Battles Wiki
Register
Don't have an account?
Sign In
Advertisement
in: Tier 7, Tier Low 7-B, Characters,
and 19 more 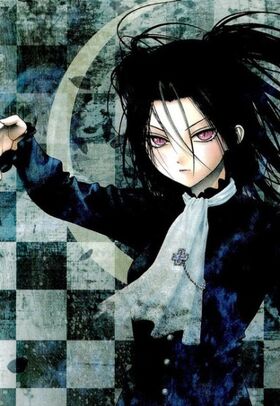 Akua Shuzen is the oldest daughter of the Shuzen vampire sisters and is considered as the strongest among them. She is the last descendant of Alucard and shared the first vampire's desire to eradicate the human race after humans mercilessly killed her best friend, Jasmine. However, after being introduced to her youngest sister, who strongly resembles Jasmine, she gradually neglects her revenge and vows to protect Moka at any cost.

Stamina: Very high, has not exerted herself even once.

Range: Hundreds of meters with the perfect Dimensional Sword

Intelligence: Combat Genius. She mastered perfect Dimensional Sword with just seeing it once. Touhou Fuhai admitted that she possesses superior fighting talents, and even Alucard acknowledged her potential to surpass everyone in the story if she is psychologically stable.

Weaknesses: She is mentally delicate, childish, and tends to let personal feelings interfere, holding back her true potential. Another user of Dimensional Sword or similar technique can block her spatial cutting and possibly negate her intangibility.