VS Battles Wiki
Register
Don't have an account?
Sign In
Advertisement
in: Titan Quest, Characters, Male Characters,
and 25 more 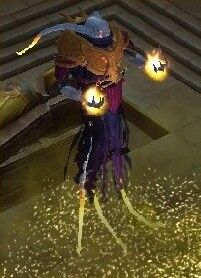 Aktaios is one of the few Telkines that survived the Titanomachy. Like his brothers, he desires revenge on the Olympian Gods and their protégés, the humans. With the final goal to liberate the last remaining Titan, Typhon, he ransacked all the temples of Egypt in search of a way to kill the gods and liberate Typhon.

Intelligence: Likely high as he can decipher and comprehend mystical texts with ease