VS Battles Wiki
Register
Don't have an account?
Sign In
Advertisement
in: Tier 4, Tier High 4-C, Tier 4-B,
and 44 more 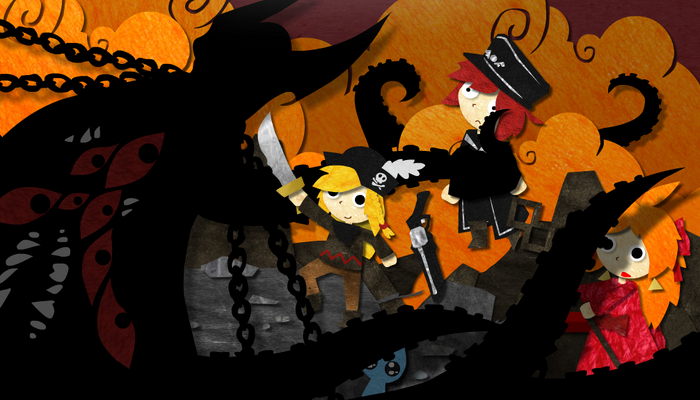 Akron is an Ancient Deity who lived for billions of years, before even life on Earth. He is an extremely mysterious and powerful entity who was draining the Earth of its energy and resources. Oddly enough, Akron was stated to be either created or summoned by Godcat herself, as a "gift to humanity". What she meant by this is unknown.

Gender: Likely Genderless, but referred to as a male

Age: At least Billions of years old, possibly older. His oldest memories are when the Earth was still new, yet claims that he may be far older.

Powers and Abilities: Superhuman Physical Characteristics, Immortality (Types 1 and 4. Has lived for billions of years and claimed that he would outlive even the universe), Magic, Darkness Manipulation (Can create large voids of shadows, complete with eyes and teeth), Ice Manipulation (Can create shards of ice and freeze his foes), Air Manipulation (Created planetary storms as a side effect of his presence, can create shockwaves), Soul Manipulation ("Tugged" at the souls of the party, lives by consuming the souls of those who challenge him. Can destroy souls with his regular attacks), Space-Time Manipulation (Can twist space and time beyond recognition with his black holes, his mere presence distorts it to the point of turning the surroundings into a void of nothingness. The black hole that he created was compared to a hole in the space-time continuum), Gravity Manipulation (Can create black holes and manipulate preexisting ones such as Saggitarius A*), Summoning (Can summon robots, demons, clay soldiers as well as countless monsters), Body Control (Can manipulate its countless tentacles, claws and mouths freely), Poison Manipulation (Can inflict the Poison status effect), Death Manipulation (As a side effect of his regular attacks he can inflict the Death status effect. Has worked on machines, undeads and ghosts), Reality Warping/Pocket Reality Manipulation (Manipulated his lair into what seemed to be a pocket realm, complete with a sky), Earth Manipulation, Water Manipulation (Created many typhoons), Weather Manipulation, Fire Manipulation, Some degree of mastery over blades and firearms, Healing, Can amplify his stats, Can become resistant to Fire, Water, Ice, Air, Earth, Poison, Explosion, Radiation, Electricity, Light and Darkness Manipulation, when he does so he will absorb said attacks, BFR (Transported the party, as well as scattered their gear all across the world), Self-Resurrection (Came back after being killed in Epic Battle Fantasy 3 and banished into the void. According to Natalie, he will likely find a way to resurrect himself after being killed again during Bullet Heaven 2), Status Effect Inducement, Non-Physical Interaction (can harm Incorporeality beings), can ignore regular durability with Magic, Empathic Manipulation (Can inflict the Berserk status, which causes the opponent to attack blindly) Power Nullification, Absorption and Power Absorption (Can absorb souls, powers and energy. The members of the party where completely unable to do anything while Akron was absorbing their powers, and were reduced to regular adventurers. Has access to Syphon and Dispel as well) Energy Projection, Resurrection/Regeneration Negation (Mid-Godly. Dispel negates the auto-revive status, which can restore souls after they are destroyed), Resistance to Gravity Manipulation (Black holes are his natural environment), Antimatter Manipulation, Death Manipulation, Magic (Could not be killed in any way in the past, and was only defeated resorting to sealing. Took several attacks from the likes of Matt, Natalie and Lance), and Space-Time Manipulation (Fought the end game party, which is superior to Akron's weakened self who passively used said powers as a consequence of its raw power) | All of the above, Flight, Danmaku

Attack Potency: At least Large Star level+ (Generated this amount of energy just by awakening) | Solar System level (Warped an entire black hole and used it as his pocket realm. Was considered a threat to the entire galaxy should he escape, far superior to his previous incarnation and should be above even the avatars of Godcat)

Speed: At least FTL (Faster than the party, who could freely traverse and leave the pocket dimension of his creation, in which it was said that not even light could escape from. Battled them inside a black hole) | Massively FTL+ (Kept up with Matt, who was said to be faster than light by Lance, far superior to the monsters that were travelling trough the galaxy to reach Earth)

Striking Strength: At least Large Star Class+ (Able to harm the likes of Matt, Natalie and Lance with his strikes) | Solar System Class (Focuses more on ranged attacks and danmaku, but should still be around this strong)

Durability: At least Large Star level+ (It took a massive bombardment of Matt, Lance, Natalie, NoLegs The Cat and the Valkyrie Tank fighting it all at once to finally kill it) | Solar System level (Should be vastly superior to his previous incarnation, took multiple attacks from the Bullet Heaven 2 party)

Stamina: Vastly Superhuman (Showed no signs of tiring during his battles. Constantly drain the energy of Earth and its inhabitants)

Range: Planetary (Was draining the Earth of its power, caused planetary storms, his black hole was distorting the whole world) | Stellar (Warped the black hole at the center of the galaxy and used it as a pocket realm. Far superior to his previous incarnation)

Intelligence: Extremely High (Has billions of years of knowledge and experience, seems to have a clear recollection of history since the Earth was formed. Has apparently fought countless battles against countless enemies and has only seemed to have been defeated via sealing in the past [Before finally being slew by Matt, Natalie and Lance that is]. Has mastery over multiple weapons and schools of magic, from swords and guns to darkness and healing)

Weaknesses: His weaknesses can change on the fly, but can be weak to Fire, Ice, Earth, Wind, Light, Explosion, Lightning, Dark and Poison-based attacks.

Feats: Defeated Matt, Natalie and Lance and absorbed their strength into his own before even waking up. His awakening caused the entire world to descend into chaos, causing massive storms and earthquakes