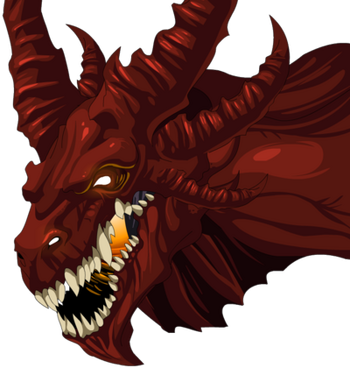 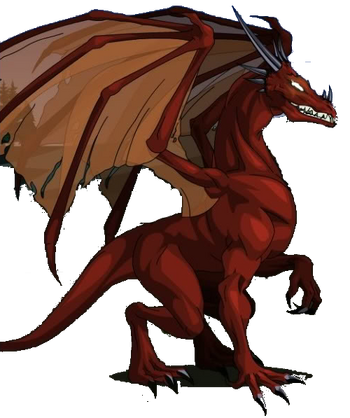 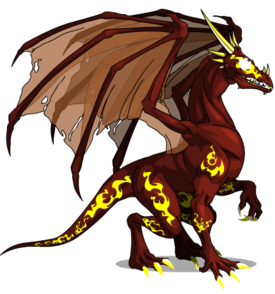 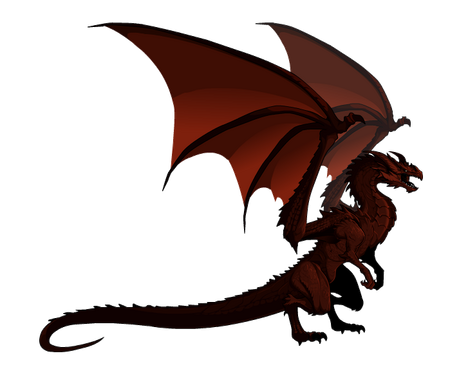 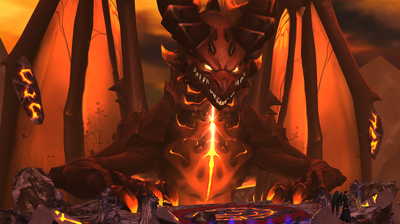 Akriloth is among the most powerful of dragon-kind entities and possibly the most powerful naturally fire-oriented beast one Lore. He plays a massive role within the Great Fire War and The Dragon War storylines and has left one of the greatest legacies in history. Akriloth was previously feared as a ravaging beast who has destroyed numerous towns across Lore, after gaining possession of the Fire Orb, his strength has massively increased and his pursuit of settlements across the continent has only hastened. After destroying the town of Ashenvale, Konnan's hatred towards him would eventually lead to the rise of Drakonnan who would later kill Demento and initiate the Great Fire War. After the defeat of Akriloth by Galanoth and the Hero with the Frozen Claymore, Drakonnan would gain possession of the Fire Orb which would allow him to betray Xan, who would later allow Sepulchure to gain possession of the Fire Orb after his defeat, leading to the creation of the Ultimate Orb on the Final 13th. Even the Dragonslayer Galanoth, who is known to fear nothing, still fears Akriloth to this day.

Powers and Abilities: Superhuman Physical Characteristics, Large Size (Type 1), Flight, Fire Breath, Summoning (Can summon numerous fire element-oriented creatures), Immortality (Type 6), Regeneration (Low-Godly. Is able to re-create his body with obsidian if it were to be completely destroyed), Acausality (Type 3. There exist numerous version of Akriloth within all timelines. The entity consisting of all combined forms is known as Merged Akriloth), Soul Manipulation, Fear Manipulation, Paralysis Inducement (Can inflict Dragon Fear as well as paralysis). Resistance to Extreme heat, Fire Manipulation, Magma Manipulation (Can casually situate himself on the tops of volcanoes and resist fire spells cast by even the likes of the Queen of Monsters), Possession and Soul Manipulation (Could resist possession and eventually drove out the soul of Sepulchure), and Size Manipulation | All previous at a greater degree, Glyph Creation, Aura, Energy Manipulation | All previous except Acausality (Type 3). Acausality (Type 2. Represents the combined form of all versions of Akriloth within all timelines), Darkness Manipulation

Attack Potency: At least Town level (Destroyed the entirety of the town of Ashenvale and is responsible for the destruction of numerous towns in the past) | Island level (Possesses a degree of power equal to the Earth Orb. Can easily defeat the Book 2 DragonFable Hero) | Unknown

Range: At least Hundreds of meters

Intelligence: Above Average. Despite his bestial nature, he once was able to trick the Hero into giving the Fire Orb.