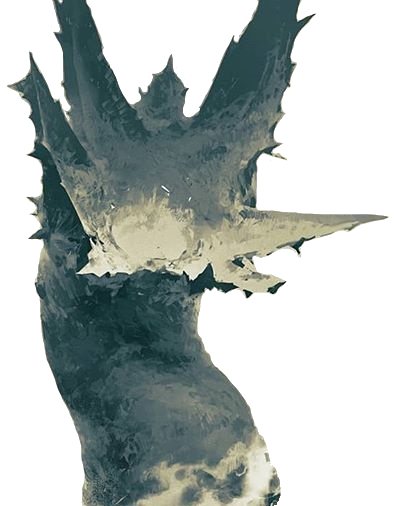 Akka, Worm of Secrets was one of five Worm Gods second only to The Darkness itself in the hierarchy of the Hive pantheon. Initally imprisoned in the center of the planet Fundament, a deal with the young trio of Xi Ro, Sathona, and Aurash resulted in the freedom of these Virtuous Worms and the metamorphosis of those three sisters into what would become the Hive. Xi Ro became Xivu Arath, God of War, Sathona became Savathûn, the Witch-Queen, and Aurash became Auryx, King of the Hive. Akka along with the other worms empowered these three and sent them to conquer and destroy, rending the universe down to the final, true shape while constantly giving the worms a tithe of strength and death.

Later on, Akka's hunger began to outstrip what Auryx could supply. In danger of being consumed and dying a final death, Auryx slew her sisters to gain strength, then confronted Akka. Despite Akka's ability to deny a truth to cause it to become a lie, that Sword Logic wielded by Auryx trumped the Worm God, and Akka was slain. In killing Akka and mantling its power, Auryx communed with the Darkness itself and returned a being made anew, reborn as Oryx, the Taken King. This ascension was a development Akka was very pleased with. No matter how many times Oryx would kill Akka or destroy and defile its corpse, Akka's hunger persisted over billions of years, reaping tithe after tithe.

Billions of years later, Oryx was finally killed seemingly for good by an incredibly powerful Guardian, seemingly taking Akka with him. It is not known how final this is though, for even though Akka has been dead for a long time, it has always been far from gone.

Sword Logic, Superhuman Physical Characteristics, Immortality (Types 1, 2, 4, and 6), Resurrection (Akka was repeatedly killed by Oryx, but was never truly gone) Flight, Higher-Dimensional Manipulation, Higher-Dimensional Existence (Far weaker Hive gods like Dûl Incaru are capable of manifesting as 4D waveforms. Akka currently resides within Oryx, who should also be able to do this), Large Size (Type 8. The physical Dreadnaught is made of one of Akka's bones, encompassing the totality of Oryx's throne world in the Ascendant Plane), Subjective Reality, Reality Warping, Existence Erasure, Conceptual Manipulation (Type 2) and Law Manipulation via Killing Truth (Akka is capable of denying a truth until it becomes a lie. It is likened to The Daughters of Oryx and their ability to destroy axioms defining the entire Ascendant Plane, which contains numberless spaces beyond the main universe. Akka's powers are indicated to be ontological in nature, drawing parallels with other ontological abilities such as the power to Take and that of the Gorgon (Destiny)), Magic, Non-Corporeal (Weaker worm gods like Xol could exist in such a state. After being killed and destroyed by Oryx, Akka still existed in some form to be proud of Oryx), Acausality (At least Type 4, possibly Type 5. Oryx only ascended to type 5 after killing Akka, and the Virtuous Worms were the closest link to The Darkness before Oryx surpassed them), Teleportation, Dimensional Travel, Darkness Manipulation, Creation, Summoning, Empowerment, Power Bestowal (Gave Aurash/Auryx most of her power), Absorption (Akka constantly feeds off of Oryx and his power, constantly demanding tithes of death. No matter how powerful or resilient Oryx grew, Akka always hungered for his strength. This is the end result of Akka's Type 6 immortality), Gravity Manipulation

Attack Potency: Multiverse level (Used to be stronger than Oryx, the Taken King, and in present derives most of its power from being the parasite of Oryx)

Stamina: Seemingly limitless. Unlike those below them, the Worm Gods do not seem to tithe strength to anybody, and Akka receives a constant intake of power from Oryx.

Range: Multiversal+ (Compared to those who can destroy axioms across the entire ascendant plane. Has a direct link to The Deep, which is uncharted terrain even for the Vex who can navigate their simulated infinite multiverses)

Intelligence: Likely Supergenius. Akka is even more ancient than Oryx, and guarded secrets even Oryx was not privy to. Until Oryx killed Akka, the Worm Gods had the best understanding of and most direct link to The Darkness, an entity that eludes the understanding of even the Nigh-Omniscent Vex.

Weaknesses: Any power that is given by Akka will be diminished, as true power must instead be taken.

Note: This profile reflects Akka's capabilities within the Ascendant Plane.

Start a Discussion Discussions about Akka, Worm of Secrets