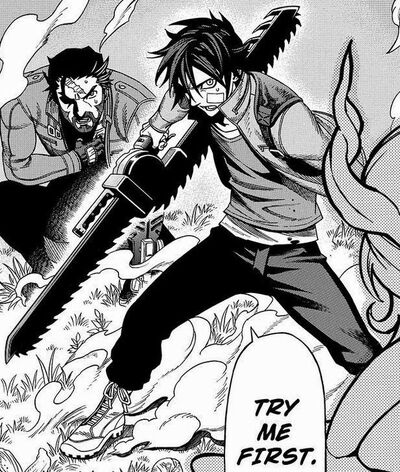 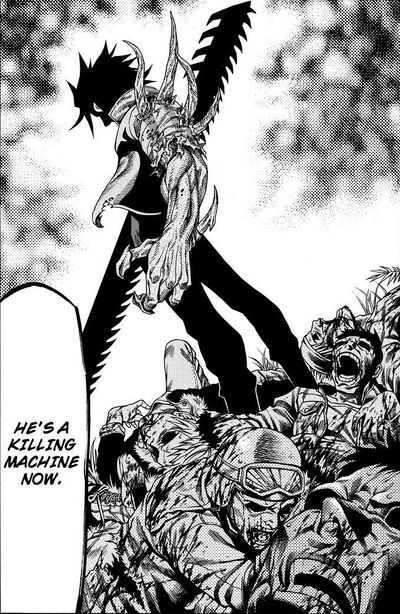 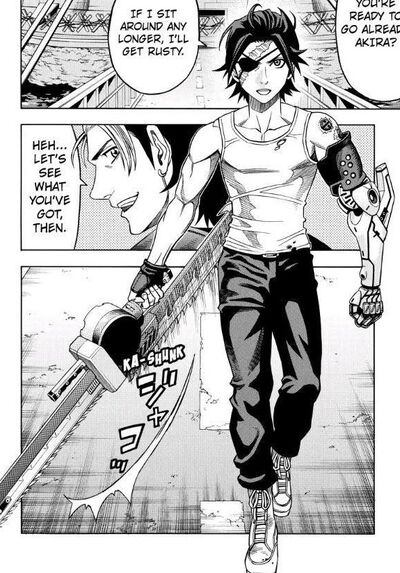 Akira Urabe is the main protagonist of Green Worldz. A normal student, Akira was on the subway on the way to meet the girl he had a crush on when the plants started growing uncontrollably and killing all humans. Together with other survivors, Akira took refuge in the subway station for three months. Their group lost contact with another survivor group that was supplying them with food, prompting a search party that would lead to Akira meeting Iwatobi, a mysterious old man with knowledge about the plants and the monsters known as Hybrid Humans.

Attack Potency: Small Building level (Accidentally sliced through the floor when unfolding Gavial for the first time, easily killed several Giant Moths, contributed to slicing Acacia into multiple pieces and cut off Hybrid Baby's arm) | Small Building level (Much stronger than before and vastly superior to regular humans, comparable to Tera as a Hybrid Human, took on Nano and Iori Akatsuki at the same time and had the advantage) | Small Building level (Fought Acacia as she imitated Iwatobi's Plan Z form)

Speed: Peak Human with Subsonic reactions (Could fight Acacia on his own for a short while) | Supersonic (Easily dodged and blocked bullets from a military exoskeleton's machineguns, took on Nano and Iori at the same time and had the advantage) | Superhuman with Supersonic reactions (Could fight Acacia as she imitated Iwatobi's Plan Z form), possibly Subsonic with grappling hook

Intelligence: Average | Mindless, only moved by a desire to kill humans | Above average, all the decades of combat experience from Iwatobi were transferred into his brain

Retrieved from "https://vsbattles.fandom.com/wiki/Akira_Urabe?oldid=6923407"
Community content is available under CC-BY-SA unless otherwise noted.