VS Battles Wiki
Register
Don't have an account?
Sign In
Advertisement
in: Protagonists, Esper, Illusionists,
and 17 more 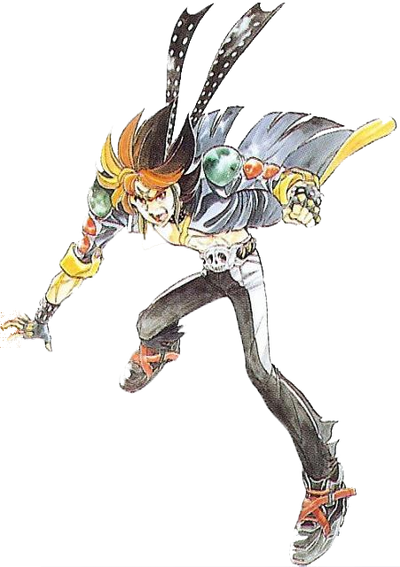 Akira Tadokoro is a character from Live a Live and is one of the eight main characters of the game. He is the main character in the Flow Chapter and has numerous psionic abilities. One particular ability is mind reading which he uses frequently.

He lives in an orphanage with his sister taking care of the children there. Occasionally he would visit Dr. Toei for his experiments and was able to bring back his sister's pet turtle back to life once.

After the events of his Chapter he now manages Matsu's Takoyaki stand after his fate.

Age: Should be in his teens

Attack Potency: Small Building level (Could destroy giant bulldozers) to City Block level+ (With his energy output he was able to power up Buriki Daioh, which shook the entire town upon turning on. This violent shaking should make it comparable to a Magnitude 4.5 earthquake) | City Block level+ (Defeated Odeo, is this strong via sheer size alone) | At least City Block level+ (Fought and defeated Pure Odio, along with the other heroes)

Weaknesses: Slightly frail in comparison to his allies. Some of his attacks takes some time to charge up