VS Battles Wiki
Register
Don't have an account?
Sign In
Advertisement
in: Tier 8, Tier 8-C, Characters,
and 33 more

Akira Nishikiyama (錦山 彰, Nishikiyama Akira), often referred to as Nishiki, is a major supporting character in Yakuza 0 and the main antagonist of the the first Yakuza/Yakuza Kiwami. He is the sworn brother of Kazuma Kiryu and the patriarch of the Nishikiyama Family.

Superhuman Physical Characteristics, Weapon Mastery (Is also an expert marksman), Master Martial Artist (Possesses similar fighting techniques to that of Osamu Kashiwagi and Joji Kazama), Statistics Amplification, Rage Power and Aura via Heat (Can increase his attack power by charging his body with Heat. Can enter a mode, similar to Kiryu, in which he can heighten his speed greatly which makes even the likes of Majima unable to land a hit on him and allows him for a counter. This state can even reduce damage physical attacks), Pain Tolerance (Could withstand extreme beating from Kiryu that caused him to bleed from mouth, whose strikes can cause significant even to someone as tough as Goro Majima)

All previous abilities enhanced, Shockwave Generation (Can create small shockwaves that can knock down opponents with his stomp), Afterimage Creation (Can create blurs by moving and create visible afterimages while dodging), Pressure Points (Has a move that chops the neck and induces stun), Healing (Like many bosses, can regenerate his health with Heat but much quicker)

Speed: Subsonic movement speed with Hypersonic combat speed and reflexes (Kept up with Majima and Kiryu in combat)

Lifting Strength: Class 5 (Can break out of Kiryu's grip and like him swing large sofas and tables around at high speeds)

Intelligence: Above Average (Murdered his way through the Yakuza to establish his own subsidiary family within the Tojo Clan. Managed to fight on par with Kiryu several times in a row. Also highly skilled with several firearms)

Weaknesses: Possesses an inferiority complex. Highly jealous of Kiryu in every single aspect, and refuses to trust anyone. Broke down completely at his failure to save Kiryu from prison and failing to save his sister Yuko from dying, and became incredibly cold and ruthless after being berated by Matsushige, making Nishiki kill the former out of sheer hate. Genuinely cares for Yumi and will do anything to get her love back.

In the first Yakuza, he uses a simplistic fighting style during his final boss sequence that combines powerful punches and kicks. When fought as a final boss in Yakuza Kiwami, he primarily uses swing fist moves combined with roundhouse kicks and running knee strikes from his younger self in Yakuza 0, (and has two quick time events involving Reina), and incorporates karate hammer fists similar to Kashiwagi and Kazama. For defense, he uses a continuous dodging maneuver akin to Kiryu's "Rush" style and he is able to deflect counterattacks from Kiryu's "Thug/Brawler" style by default. 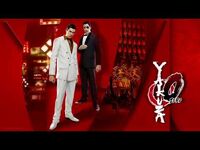 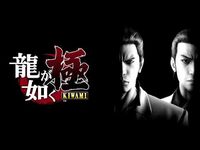 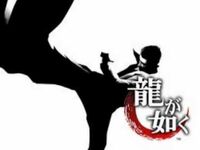