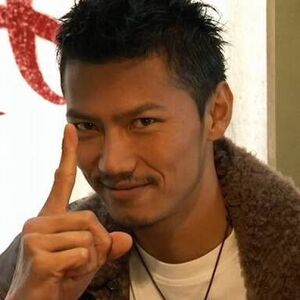 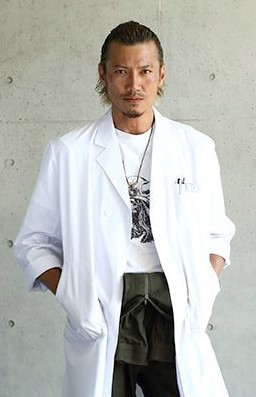 Akira Date (伊達 明 Date Akira) is a combat medic who traveled the world much like Eiji Hino, who he saw in Africa during a Civil War and had an bullet stuck in his brain after being shot which causes him great pain at times. When he comes back to Japan he is hired by the Kougami Foundation to be the user of the Kamen Rider Birth system so to earn one hundred million Yen for the surgery to remove the said bullet. He was later wounded on the job to the point where he can no longer fight effectively and resigned his position from the Kougami Foundation, obtaining his money and leaves the country to get his surgery done with Shintaro succeeding him. Later, he returns after recuperating from his surgery and becomes the user of Birth Prototype Version ((仮面ライダーバース・プロトタイプ Kamen Raidā Bāsu Purototaipu) to fight against the Greeed.

Tier: 10-A | At least 7-C, possible higher with Breast Cannon

Powers and Abilities: Superhuman Physical Characteristics, Transformation, Enhanced Senses with Candroid, Martial Arts (His fighting style as Birth is a combination of mixed martial arts and pro-wrestling techniques), Weapon Mastery, Body Control (The Crane Arm allows him to scale buildings as well as collecting any leftover Cell Medals with one sweep. As a weapon, it can be used as a whip to damage opponents from far), Energy Projection (The Breast Cannon is a powerful energy cannon that can be charged up to multiple levels of power by using additional Cell Medals and then release a powerful blast of energy),

Attack Potency: Athlete level (Going through multiple training so his body can fully fit using Birth's system) | At least Town level (Can fight alongside with Gotou's, should be comparable to MoS OOO's), possible higher with Breast Cannon (When fully charged, it could slightly damage full revived Gamel, even though he is already wounded at that point of time)

Intelligence: High (Was a combat medic who work in Africa. Date had experience fighting against Yummies and collecting Cell Medals. However, due to his dislike for reading manuals, his use of the Birth system tends towards the "learn as you go" approach and as such, he is not as effective as Shintaro when it comes to using the exosuit and its armaments)

Weaknesses: Birth Prototype only operate at 70% power for testing and cannot access all of the Birth CLAWs units, and is only compatible with the Crane Arm and Breast Cannon.

Retrieved from "https://vsbattles.fandom.com/wiki/Akira_Date?oldid=6057439"
Community content is available under CC-BY-SA unless otherwise noted.