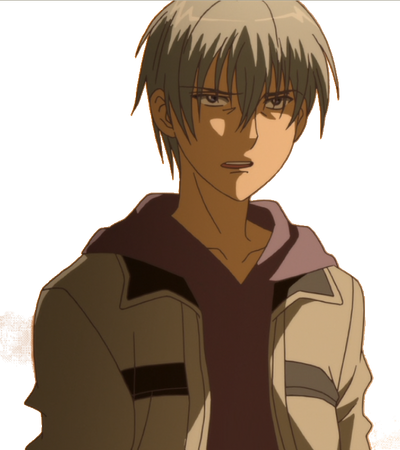 Aki Kuga is a childhood friend of Kyohei and a seki who controls the kakashi, Kuramitsuha. He was quietly serving his sentence for the massacre of Kuga members, up until someone told him of Kyohei’s departure for Tokyo. This prompted him to escape his confinement to confront his old friend about the same “sin” they are guilty of and to stop him from living life as if nothing happened.

Aki is being pursued by other seki’s like Utao, Koushiro and Kirio who were sent out by the village to recapture him. Currently he is living in Tokyo, hiding out in Kuko Karahari’s apartment.

Durability: Likely Athlete level (Survived falling from a height of about 10 meters, but was hurt by an overpowered airsoft gun and was visibly hurt by punches from a normal human)

Intelligence: Aki is a smart individual who can be very manipulative when needed, and can adapt to different challenges and think of new strategies on the fly. He has shown himself to be very capable at deduction, discovering how he was being tracked by an opponent and using it against him, as well as noticing an invisible barrier, albeit a second too late.