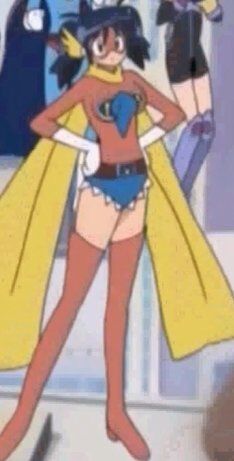 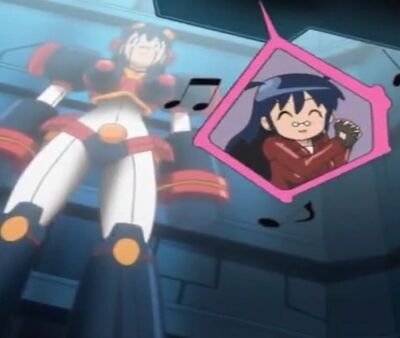 Aki Hinata was called a Dynamite Woman. She is very skilled and athletic, similar to her daughter; however she resembles her son more closely in her appearance and warm personality. Aki is also very laid-back and calm, and it is rare to see her angry or worried, and she was the only Hinata member not to be surprised by seeing a frog-like alien in her house. As a matter of fact, she was overjoyed by his arrival because she could model him, which was "So much easier than being original!". There is not a lot of information about Hinata except that she works at a manga company called Shonen Alpha, she rides a motorcycle, and she keeps her age a secret. She loves sticky things.

Attack Potency: Street level (Was able to hold her own against a powerful alien long enough for her son, Fuyuki to get away.) | Building level (Punted one of the Platoon's smaller ships) | At least Planet level, possibly much higher (Before giving her the Aki-Bot, Kululu stated he was originally going to use it to destroy hundreds of planets and plot universal Armageddon.)

Speed: Superhuman (Reacted to an alien that threatened her and her son.) | Subsonic (Managed to block a shot from the Platoon's ship in time before it hit her children.) | Unknown.

Retrieved from "https://vsbattles.fandom.com/wiki/Aki_Hinata?oldid=4106103"
Community content is available under CC-BY-SA unless otherwise noted.