VS Battles Wiki
Register
Don't have an account?
Sign In
Advertisement
in: Tier 8, Tier 8-C, Tier 7,
and 41 more 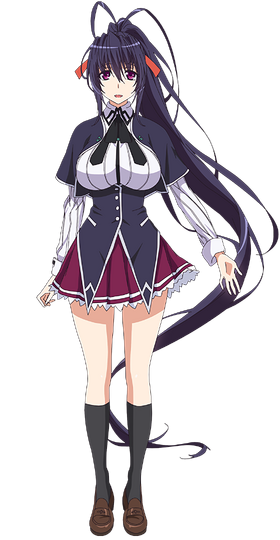 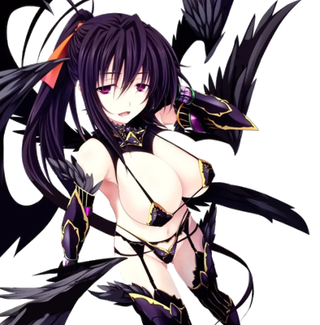 Akeno Himejima is one of the main female protagonists of High School DxD and a reincarnated Devil. Prior to becoming a Devil, she used to live with her mother, Shuri Himejima, and assist her in exorcising and purifying evil ghosts and spirits. However, this changed after her mother was killed, forcing her to fend for herself at a tender age and carve out a living by exorcising spirits. Due to her belief that her father abandoned her and her mother, she developed a hatred for him and cast aside her Fallen Angel heritage, refusing to acknowledge her powers. After being hunted down by the Himejima Clan and on the verge of being killed, she was rescued by Rias Gremory and allowed to go free after agreeing to certain conditions, subsequently becoming her closest friend. Later, she gets reincarnated as a Devil by Rias, becoming her first servant and Queen.

Attack Potency: Building level (Utilizes real lightning, which contains this level of energy. Demolished a gymnasium with her lightning [10]) | Mountain level (Heavily injured Chaos Drive Siegfried with her lightning.[11] Erased one of Grendel's fireballs [12] and inflicted damage on him with her Lightning Dragons [13]). Mountain level with summons (Ura and Ibaraki Douji could easily deflect Rossweisse's offensive spells [14])

Speed: Unknown. Massively Hypersonic in later volumes (Should be comparable to Rias) | FTL (Can react to Grendel's attacks [15] and shouldn't be any slower than Rias)

Intelligence: Akeno has shown to be talented in several areas of magic and demonic energy, having a mastery of a diverse array of elemental spells, along with proficiency in defense magic.

Weaknesses: Holy / light based abilities and weaponry. Akeno is a sadist and will sometimes take her time when fighting her foes