VS Battles Wiki
Register
Don't have an account?
Sign In
Advertisement
in: Tier 8, Tier 8-A, Characters,
and 25 more 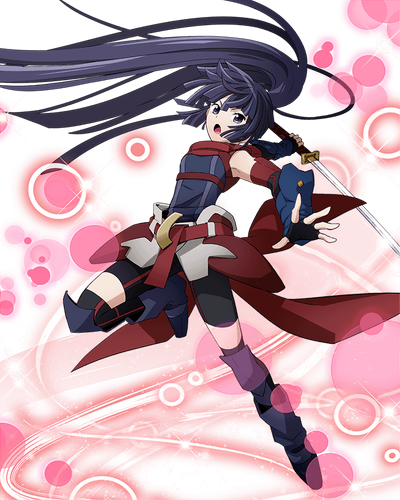 Akatsuki is one of the players trapped in the MMORPG Elder Tale. She is a Human Assassin-Tracker who joins Shiroe and Naotsugu, later becoming one of the founding members of Log Horizon.

Tier: 8-A, higher with Assassinate

Powers and Abilities: Superhuman Physical Characteristics, Genius Intelligence, Extrasensory Perception (Can sense magic and presences), Immortality (Type 4), Resurrection (Adventurers possess an undying soul, and are resurrected at the cathedral every time they die), Sound Manipulation (Can deliver her voice to someone registered to her friends list), Enhanced Senses (Has night vision, Adventurers have great physical attributes; not only muscle strength and agility, but their dynamic vision was also better than in the real world. Has sharp sense which allows her to hear things far away), Stealth Mastery (Can sneak up on her opponents and silence her moves. Can traverse to her opponents' blind spot), Statistics Reduction (Can reduce the durability of any weapon she hits), Paralysis Inducement (Has the same skills as Leonardo, one of which can paralyze his target), Weapon Mastery (Akatsuki has practiced Kendo since she was a child), Accelerated Development (Adventurers grow stronger as they experienced battles, gaining powers hundreds of time more powerful. The growth speed of People of the Earth is 1/5 as fast as Adventurers), Martial Arts (Knows martial arts), Statistics Amplification (Can increase her leg strength and agility), Forcefield Creation (Can create forcefield), Poison Manipulation (Can lace her strikes with poison), Duplication (Can create copies of herself), Summoning, Information Analysis (Adventurers can read the status of others), Automatic Translation (Adventurers don't speak the language of the People of the Earth, they merely hear the words and understand their meaning, and they respond in words the People of the Earth can understand), Regeneration (Low; Adventurers’ tough bodies have excellent powers of recovery), Resistance to Heat Manipulation (Adventurers bodies are sturdy when it comes to environmental differences like cold and heat), Poison Manipulation (Low ranking poisons don't work on high ranking opponents), Sleep Manipulation (Can resist the Eternal Moths ability which puts people to sleep), Magic (Has magical defenses)

Attack Potency: Multi-City Block level+ (As a level 92, she should be superior to level 90 Krusty who performed this feat), higher with Assassinate (An Assassin’s fastest, strongest special skill, dealing over ten thousand in instantaneous damage)

Speed: Subsonic (Can move faster than the eye can see)

Stamina: High (Adventurers’ physical specs are high, they only feel a little warm, as if they have been exercising, although they have spent ten whole hours packing boxes. Even with very little sleep, Adventurer bodies can function without much trouble. Adventurers sense of pain is diluted, when they lose most of their HP, the discomfort is still no worse than sore muscles. Even at the very instant of death, it isn’t anything they can’t tolerate)

Intelligence: Genius (Adventurers are geniuses in everything they do: not only as warriors, but as scouts, healers, and magicians)