VS Battles Wiki
Register
Don't have an account?
Sign In
Advertisement
in: Tier 4, Tier 4-A, Tier 2,
and 42 more 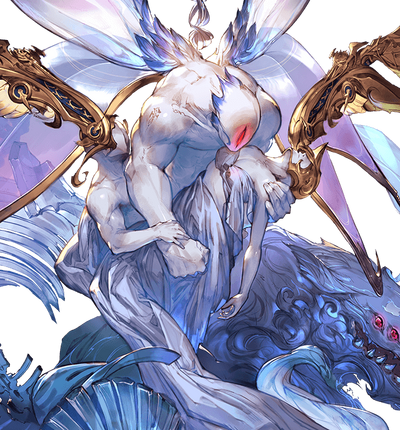 Akasha is a powerful primal beast created by the Astrals in the final stages of the War. Although it possesses the ability to distort and interfere with history, the Astrals were unable to fully control it, preventing its implementation in warfare. Any tampering with the past is sure to affect the present, so when activating Akasha's powers, one must accept the possible risk of erasing themselves from all history.

Attack Potency: At least Multi-Solar System level (One of the Strongest Primal Beast weapon of Astral that Zooey must prevent it from activating to keep the world balance and should be far stronger than Shiva and Europa) to Universe level+ (As the Primal Beast of History Akasha has total control over the history and Timeline of the universe).

Speed: Massively FTL+ (Should be superior to Shiva and Europa)

Striking Strength: At least Multi-Solar System Class (Can still harm the crew and captain while limited in its power and transported them to a starry pocket dimension at the peak of fight) to Universal+ (able to rewrite history, both the past and the future can erase anything out of existence in its weaponized form)

Durability: At least Multi-Solar System level (should be superior to Shiva and Europa as the strongest Primal Beast weapon)

Stamina: Extremely High. Primals are usually able to use their abilities for years.

Range: Planetary with meteors to Universal+ with History Rewrite

Weaknesses: Dark attribute attacks. It being abstract is only applicable when its power is drained completely, and this is downside than anything else, as Primals in their abstract forms are completely powerless. Although Primal beast can manifest their forms over and over again each time it is destroyed, if their powers are drained they will go into a sleep state where they will rest for their powers to recover and leave their Core Vulnerable. Once they have awakened their true power and manifested their full strength into their form, destruction of that form will cause them to lose consciousness and form leaving only their Core. destroying the core will prevent them from resurrecting putting them in permanent rest state. primal beast are vulnerable to Power Absorption and Absorption