VS Battles Wiki
Register
Don't have an account?
Sign In
Advertisement
in: Tier 8, Tier 8-B, Characters,
and 15 more 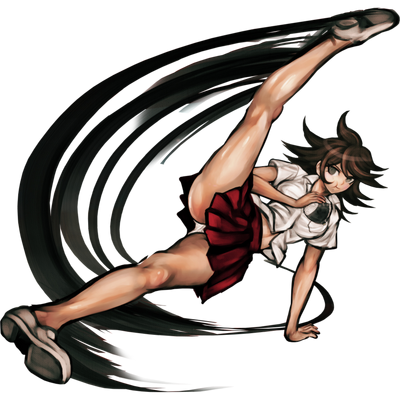 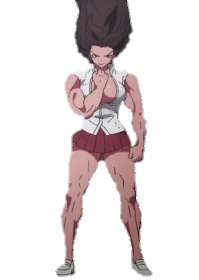 She, along with Class 77-B, return in Danganronpa 3: The End of Hope's Peak High School to explore their school life leading up to The Tragedy.

Powers and Abilities: Superhuman Physical Characteristics, Acrobatics (Expert at gymnastics, has superhuman agility), Expert Hand-to-Hand Combatant | Same as before in addition to Shockwave Generation (Create a shock wave with her crashes against Nekomaru nidai)

Intelligence: Akane was born with a natural talent as a gymnast. Her body build, strength, agility, and endurance grew ever since she was a child. She often nimbly performed parkour on her home and her father who noticed this convinced her to join tournaments and competitions. It turned out that she did very, very well and kept winning many tournaments since then. Her only motivation to join tournaments was to produce money to provide for her family's everyday needs. At first, she wasn't motivated to do sports until her former coach trained her every day until she got enough money and moved to a new house. During the Killing School Trip, Akane often challenged Nekomaru to train with her. Even though she kept losing her fights, she persistently wanted more rounds until she could win and didn't care about the wounds she got despite how bad they were.

Weaknesses: Due to her past, Akane is very gullible. She also loves fighting too much, which would usually end up putting herself in front of opponents that are stronger than her. Its doped form is temporary