VS Battles Wiki
Register
Don't have an account?
Sign In
in: Characters, Female Characters, Ghosts,
and 11 more 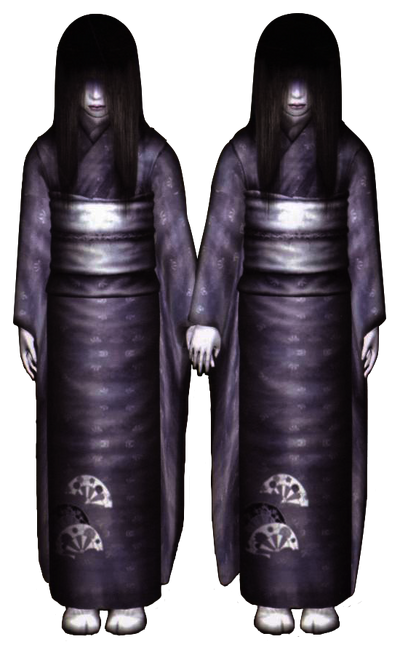 Akane Kiryu is a hostile female spirits in Fatal Frame II: Crimson Butterfly. She and the doll in the image of her sister Azami together are a single ghost. Akane was made to sacrifice her own sister in the Crimson Sacrifice Ritual. In order to help Akane cope with her feelings of tremendous guilt following the ritual, her father made her a doll in the image of Azami. Akane became so attached to the doll, whispering to it as if it were indeed her sister, that a spirit possessed it and began to control her. Azami's spirit warned her father in a dream and tasked him with destroying the doll, but before he was able to do so the doll possessed Akane and made her strangle her father to death. Following that the spirit stole Akane's soul.

Age: 11 at the time of her death, unknown as ghost (stuck in a time loop)

Powers and Abilities: Flight, Incorporeality, Soul Stealing, Possession, The Ghost of the Azami Doll can not be harmed by excorcism but takes damage if the Akane Ghost is exorcised instead, even if exorcised they will reappear after a short time unless the curse on Minakami Village is lifted, Immortality (Type 7)

Stamina: Unknown, possibly Infinite (As ghosts they likely have no physical stamina and are restless by default)