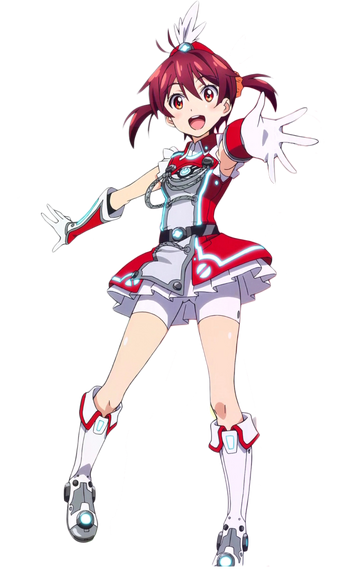 Akane Isshiki (一色あかね, Isshiki Akane) is one of the main characters in Vivid Red Operation. She is a 14-year-old girl who is described as "innocent, overflowing with energy and is always positive". She is the granddaughter of Kenjirou Isshiki, the developer of the Vivid System, and is also the first user of the Vivid System.

Speed: At least Subsonic (Easily reacted to a laser that outran a jet)

Retrieved from "https://vsbattles.fandom.com/wiki/Akane_Isshiki?oldid=6772099"
Community content is available under CC-BY-SA unless otherwise noted.