VS Battles Wiki
Register
Don't have an account?
Sign In
Advertisement
in: Tier 7, Tier High 7-C, Tier 7-B,
and 41 more 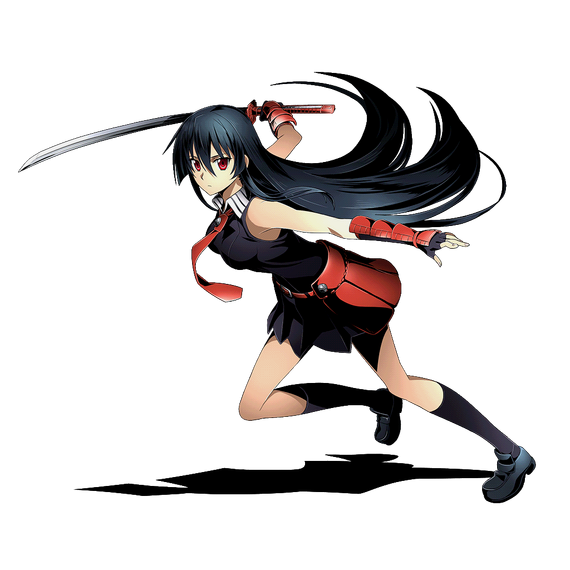 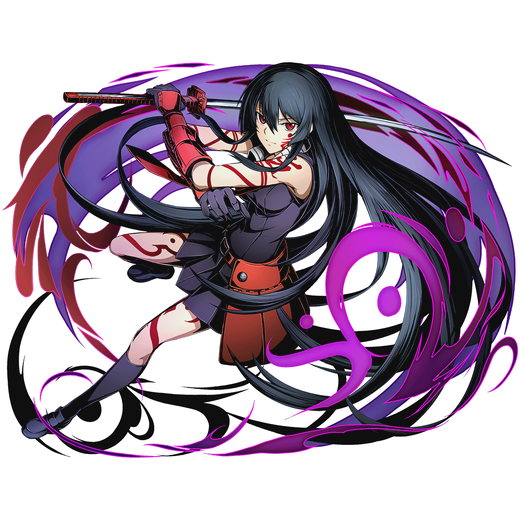 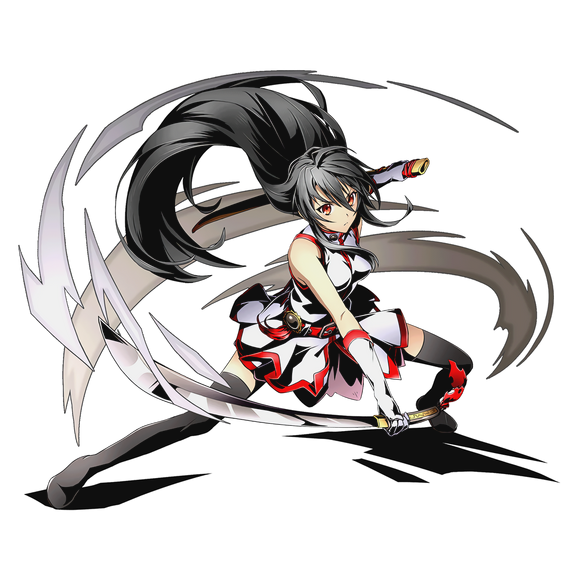 Akame is an infamous member of Night Raid, the assassination team of the Revolutionary Army. Her use of the Teigu Murasame, a weapon able to kill any living being with a single cut, has earned her the epithet "Akame of the Demon Sword Murasame" among her foes. Once an orphan trained to carry out the Empire's dirty work, she now seeks to undermine the corrupt kingdom she helped build with her nearly unrivaled skill with a blade.

All previous abilities except for Regeneration Negation, plus:

Attack Potency: Large Town level (By the end of Akame Ga Zero, she could go toe to toe with Bulat for a long period of time despite being weaker[37]) | Large Town level (Should be stronger than before due to acquiring the Teigu Murasame, which is more powerful than her Shingu Kiriichimonji[38]. After acquiring Muramase, she could spar intensively with Incursio Bulat but is still inferior[39]) | At least Large Town level (After a month of training, she is stronger than before. Stronger than Tatsumi[40]) | City level (Should be at least comparable to the Revolutionary Teigu Soldiers who has been shown capable of stopping Base Shikoutazer's missiles) | At least Large Island level (Became strong enough to crack through Esdeath's ice[41] when previously she was unable to do so, and later cut her arm) | At least Large Island level+, possibly Continent level (Match blows from ISCIC Esdeath repeatedly, even putting her on the defense at time[22])

Stamina: Very high, she can keep fighting despite being slashed and pierced multiple times.

Intelligence: High. Considered worthy enough to be apart of the Elite 7 Assassin squad. Akame is a skilled swordswoman, and Assassin. She is considered one of the best members of Night Raid, her skill with a blade even being recognized by Esdeath herself.

Weaknesses: Murasame needs to cut the actual flesh of her opponent in order to apply its effect. This ability only works on organic beings that have a heart, rendering it ineffective against Armor and Biological type Teigu as well as machines, puppets, and dead things. | She tires out faster in Ennoodzuno form

Minor Pre-Cog: Characters in the Akame ga Kill Universe have a minor Pre-Cog ability that alerts them to the presence of nearby danger or murderous intent coming from an attacker.

Note: Kiriichimonji only negates regeneration on a Mid-Low scale.

Note 2: While Akame was paralyzed by Budo's electricity, this was more due to the nature of electricity paralyzing the muscles. The fact is she withstood the energy output overall.