VS Battles Wiki
Register
Don't have an account?
Sign In
Advertisement
in: Tier 7, Tier 7-A, Tier 6,
and 21 more 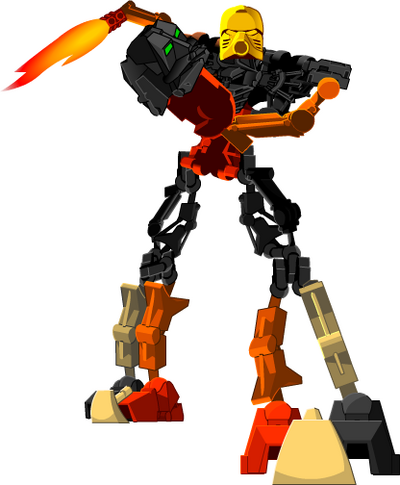 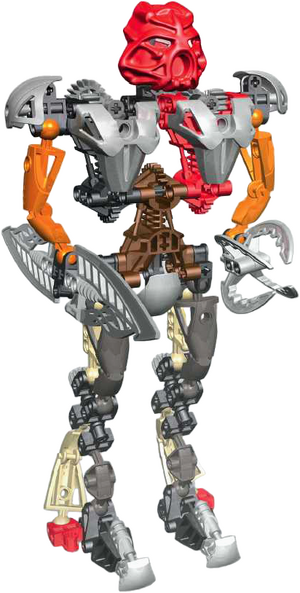 Toa Kaita Akamai is the fusion of Toa Tahu, Pohatu, and Onua.

Powers and Abilities: Superhuman Physical Characteristics, Fire, Heat, and Earth Manipulation and Absorption, Nightvision and Tremorsense, Limited Telepathy (Can form mental links with other beings and share the things they see), Sealing (By combining his element with the different elements of three other Toa at once, Akamai can encase an opponent in a cage of Protodermis), Forcefield Creation with Aki, Intangibility with Aki Nuva, Statistics Amplification (Can boost his speed and strength with Aki), Longevity, Regeneration (High-Low; Toa can regenerate the biological portions of their body and reattach lost limbs), Resistance to Empathic Manipulation, Fear Manipulation, Mind Manipulation, Perception Manipulation, and Poison Manipulation (For many Kraata powers, only a Stage 6 Kraata or a Makuta can affect a Toa[1])

Lifting Strength: At least Class 100 (Onua lifted a boulder), possibly at least Class M (Roodaka once ripped Krahka, in the form of a Troller, a giant Rahi who can fit a city block in its mouth, from the ground with a single hand)

Stamina: Superhuman. The Toa Mangai were capable of fighting against the Kanohi Dragon for an entire month.

Range: Extended melee range, Kilometers with abilities (His range should be at least comparable to Pohatu's, who destroyed the massive Odina Fortress with a single timed Stone Blast), Tens of Kilometers with Nova Blast

Standard Equipment: A Fire Sword and a club.

Intelligence: Akamai has the combined intelligence and skill of Tahu, Pohatu, and Onua.

Weaknesses: Aki is weakened without his Kanohi. Using a Nova Blast drains his powers and leaves him incapable of using his elemental powers for a few days.