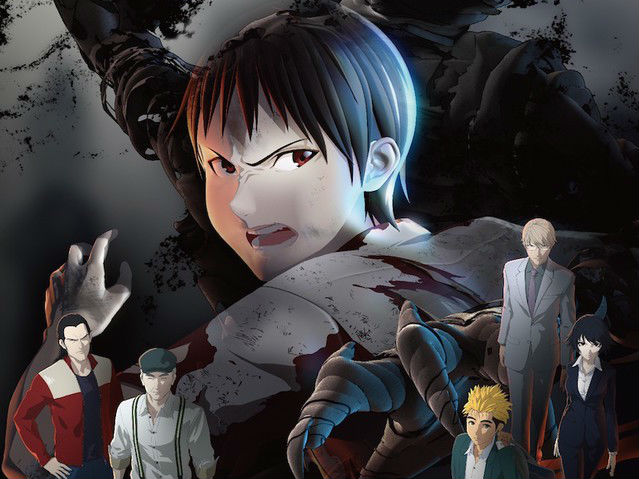 Summary of the plot

Those who are resistant to death are called "Demi-humans".

That day, Kei Nagai, a High school student, should have died in a traffic accident, but he comes back to life shortly after. In other words, Kei is a demi-human. Since then, Kei's world changes dramatically. Terrified and without knowing what is going on, Kei is saved by his friend, Kai. Together, they flee deep into a deserted mountain. Later, a group of demi-humans who are hostile against humans contact Kai… Who is he fighting against? Who should he side with?

A verse with our current military technology, neither any sci-fi technology.

Its uniqueness lies in the existence of Demi-Humans, they are Type 3 Immortals who can only regenerate after being killed. A broken arm will heal in the speed it does for normal humans but once they are killed they will be alive in a few moments with all injuries healed.

Furthermore they have the ability to paralyze every living being in the close proximity with their scream, but their deadliest power lies in the creation of (to human eyes and technology) invisible hollow creations (known as IBMs), they can be manifested for several minutes and only once per day (with the Main Character as exception who can create them for longer time and several times per day).

The IBMs can be used to spy since a Demi-Human can see and hear what his creations sees and hears. But they have a lot of weak points, one of them is that rain makes it a lot harder for them to manifest (it destroys the highly unstable particles before they can form a semi-stable body).

At most IBMs have athlete or maybe street level attack potency (while equipped with sharp claws and superhuman strength) speed is around athletic human level.